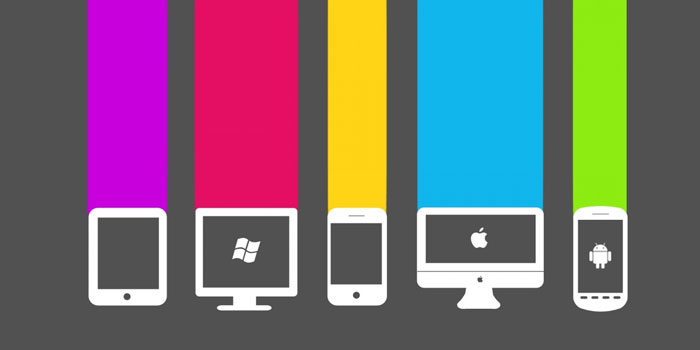 In 2014, local consumers in Pakistan purchased all forms of gadgets through various shopping sites and portals operating online around the clock. Here we bring a list of top 10 bestselling gadgets sold in Pakistan in 2014.

Tablets top the list of 2014’s bestselling gadgets in Pakistan. For local consumers in Pakistan, all leading tablet brands have emerged as the most useful gadgets for entertainment on-the-go and productivity in general. Especially for the local business communities, tablets not only enrich their online experience, but also happen to be quite handy compared to conventional laptop and desktops.

Android-based Samsung Galaxy S5 comes second on the list of bestselling gadgets 2014 in Pakistan. Samsung S5 is most popular among the local consumers in Pakistan because it is both waterproof and dustproof having won internationally recognized IP67 certification too.

Samsung S5, in short, has come out to be a tremendous success in Pakistani market. Supporting all 2G, 3G and 4G networks, Samsung Galaxy S5 offers a Super AMOLED display with fingerprint sensor, dust and water resistance, 3 GB RAM memory, HD video and image recording, and lots of other features.

Windows-based Nokia Lumia 830 is the third highly sold gadget of 2014 in Pakistan. Exclusively crafted for the people making headway, Lumia 830 captures great pictures and images with its built-in Pure View camera. For local consumers, Lumia 830 brings their digital lives in line with OneDrive and enables Pak users to use social networks like Facebook, Twitter, WhatsApp, and LinkedIn, etc. through a single tap.

In short, Nokia’s Lumia 830 is more than a useful gadget for the majority of the local people who just want to get themselves well connected around the clock. Nokia Lumia 830 entails features such as capacitive touchscreen, 16 GB memory, 1 GB RAM, 10 MP camera with optical image stabilization, autofocus, LED flash, PureView technology, geotagging, and face detection features.

Out of top 10 best-selling gadgets of 2014, Smart TV appears to be a 4th highly sold consumer item in Pakistan. Smart TV has become a smart choice for the local consumers here in a country like Pakistan. This is all because smart tv entails lots of fantastic features like powerful processors, built-in computer, video camera accessories, built-in camera and interactive games, as well as an online connection.

The gaming console Xbox 360 emerged as the 5th highly sold item in Pakistan in 2014. Xbox 360is the world’s most popular online multiplayer gaming and digital media delivery platform, wherein the chief reason behind its phenomenal success in Pakistan is its capability of recording gameplay through the Game DVR and an upload app.

Xbox Live has the ability to integrate internet content and TV content into one, single screen. Widely used in urban areas like Karachi, Lahore and Islamabad, Xbox Live captivates local users through its smartly integrated function, which uses Kinect voice commands so as to set off features and navigate the system’s user-friendly

The evergreen Apple iPhone 6 rules the roost at number 6 in the list of top 10 bestselling gadgets sold online in Pakistan in 2014. The recently launched Apple iPhone 6 happens to be the people’s favorite because of its remarkable features, e.g. Handy size, thinner shape, power efficiency, metallic surface, multi-touch new Retina HD display, and M8 motion co-processor, and all that. Moreover, its exceptionally sleek and clean design, enhanced battery life, VoLTE support, high-quality integral camera and smarter shape have made iPhone 6 a massive hit in the Pakistani market.

Apple’s iPad air 2 emerged as the 7th bestselling gadget in Pakistan in 2014. Featuring a sparkling aluminum chassis, iPad 2 Air’s metal buttons exudes luxury, fineness, and excellence altogether. Available with great features like a 9.7 inch Retina display and different storage options, iPad Air 2 is one of the most popular gadgets in the country so far.

Dell’s laptop ‘XPS 14 Ultrabook’ is ranked 8th among the top 10 best selling devices in Pakistan in 2014. XPS 14 Ultrabook is by 3rd Gen Intel® Core™ processors and Windows 8. Local consumers like the XPS 14 Ultrabook because of its enhanced battery life, elegant design, enriched multimedia, fine-looking shape, high-resolution display, and excellent audio function together with a built-in webcam on top. This mega hit features a 14″ HD+ display with a lengthened battery life as well.

Having won widespread acceptability in lower end market in Pakistan, Apple’s iPod Shuﬄe is a massive hit due to its cheap price. iPod Shuﬄe offers scores of fantastic features like voiceover, clickable control tab, and 2GB of storage capacity for hundreds of songs, multiple playlists, podcasts, Genius Mixes, and audiobooks, and lots more.

In a word, the aforementioned facts briefly narrate the consumer preferences in Pakistan as witnessed in the year of 2014. So, what are you waiting for? Just grab your favorite gadget and become a part of the digital revolution reforming the way we live in this beautiful part of the world.

The research and information in this article has been provided by Vmart.pk