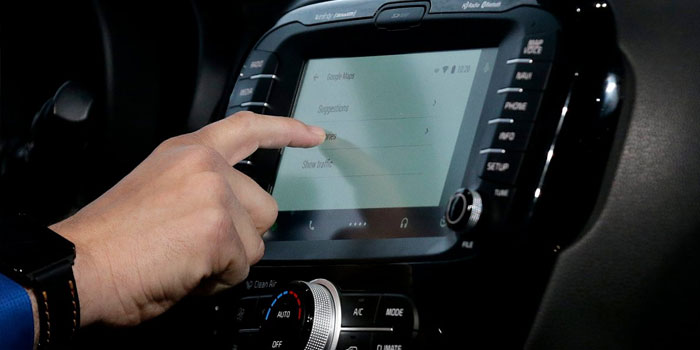 There has been a good bit of buzz about Android Auto ever since its announcement at Google I/O 2014. Initially, the mention of Android Auto may have given people the impression that this was another addition along the lines of Android TV. Clearly, this is an entirely different game.

While Android TV is an embedded OS, Android Auto is an additional layer on the car’s own infotainment system. To put it simply, it is Google’s way of embellishing your car with the goodness of Android operating system.

How it all Works

Android Auto requires the projection of a compatible Android device, smartphone or tablet, on the display in your car. Note that this is done when the device is actually plugged into the car using a micro-USB cable. Then, it’s just you and your device behind the wheel set for a long drive.

Your Voice Is Its Command

The framework of Android Auto accommodates voice control. Regardless of whether one opts to use touchscreen or a button and knob method to operate, it works quite effectively. The best in class speech technology incorporated in the system allows convenient and speedy access to everything. Simply say it and you’ll get it.

Google has made sure that you have enough apps to accompany you on your journey. A wide range of apps from music apps to maps promise to serve you well on the road. It is indeed a great way to access the world while having your eyes locked on the road ahead of you.

Normally, infotainment systems in cars are based on Linux, QNX or Windows CE. The move to Android means that the operating system on top of the inforainment system has a whole lot more to offer. It is the kind of stuff one normally wishes to have in such a platform. This varies from wide-ranged connectivity support to a thorough voice commands system and Google Maps Navigation. Certainly, the open platform also means that there is much greater developer support that allows access to a wide variety of apps.

This journey doesn’t just end here as far as infotainment is concerned. The advent of the car platform paves way for vehicle to infrastructure as well as vehicle to vehicle communication. Given the associated risks with driving, collision avoidance systems may well be part of the parcel. There is no reason why we shouldn’t witness features such as these in the near future. All in all, the future for car platform looks squeaky clean.