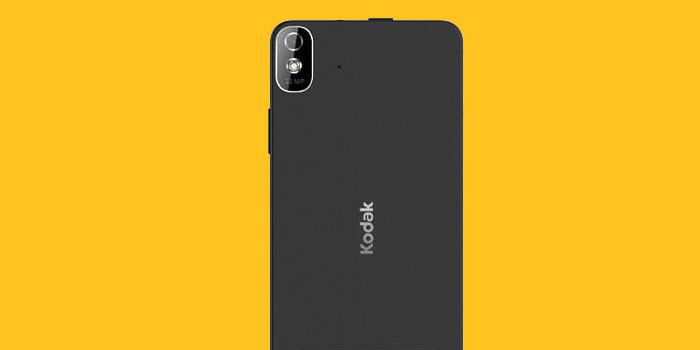 Kodak has finally revealed its first Android smartphone at CES 2015. Surprisingly, the IM5 is more similar to your usual Smartphone than the dedicated camera device we expected it to be.

It comes with a 5 inch display with 720p resolution, 1GB of RAM and 8GB of built-in storage along with the option for a microSD card for expandable storage. Under the hood, it’s powered by an octacore processor clocked in at 1.7GHz, most probably from MediaTek.

It will be running on Android Kitkat 4.4 on release but an upgrade to Android Lollipop 5.0 is expected, although the timeline for that has not been made very clear.

Of course, the star of the show was going to be the camera. The Kodak IM5 has got a 13MP main camera at the back. which comes with LED flash, and a 5MP shooter at the front. It comes with special image management software through which you can edit photos on-the-go, share them on social media and print them directly from your home printers as well.

The Kodak IM5 is expected to cost around $250 (PKR 25,000) in international markets and a global rollout for the device is expected sometime after March 2015.

All in all, we are a bit let down. We expected the Kodak IM5 to break new ground like Nokia Pureview or even the Galaxy Zoom. From the looks of it, it just appears to be a mid-range phone that is aiming to leverage Kodak’s reputation to sell well.