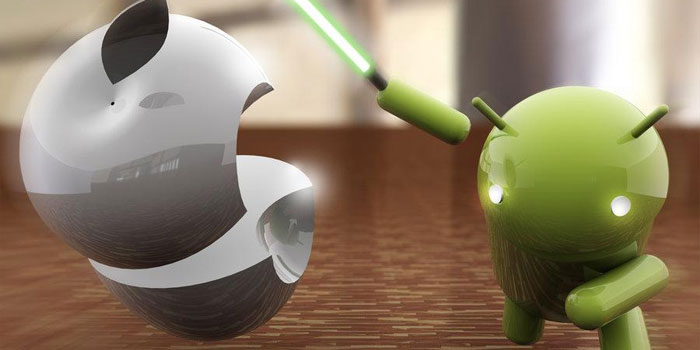 Steve Jobs always envisioned mobile gaming to be the ultimate future of modern day gaming. While that hasn’t fully materialized yet, gaming has emerged as an extremely important sector in the app economy. iOS has shown considerable growth in this sector as more users spend on gaming apps which are also complemented by high advertising rates.

This translates into much more revenue for iOS customers than those of Android. However, the latest figures demonstrate that the difference in profitability isn’t quite what it used to be. In fact, some Android gaming apps are now on par with iOS’s in that regard. It’s important to note these figures are strictly relevant to mobile gaming apps so it would be wrong to assume the same trend with other categories.

iOS used to be miles ahead in app game revenue compared to Android, that is no longer the case

Gaming marketing company ‘DAU-UP’ reports that Android games have enjoyed a gradually rising average revenue per user (ARPU) throughout year 2014. While iOS users still end up paying more for their apps, the increase in Android gaming apps’s relative ARPU from 20% to 65% of iOS’s in 2014 is quite a feat. The data is basically a sample that considers use by 10 million app users in Europe and North America.

In general, Android games prove as lucrative as iOS ones with half the media advertising costs

To sum up, iOS still enjoys an exalted standard when it comes to profitability of gaming apps. However, Android is playing the catching up game, and playing it quite well. As mentioned, a few of the Android gaming apps are already on par with iOS’s in that regard. Others demonstrate the potential to achieve the required level that iOS apps attain at this point. It is this potential that convinces CEO Idan Nizri about the future of Android:

“We’re hearing more and more developers developing games ‘Android First.’ I have no doubt that game developers will invest more time, effort and resources in Android in 2015.”