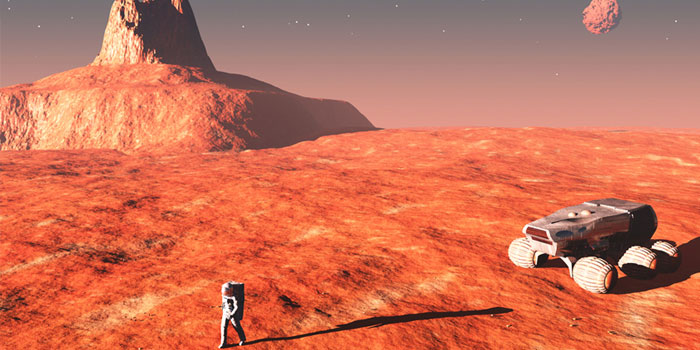 Over 200,000 people had applied to be part of an effort to establish a human colony in Mars – with the shocking catch that it would only be a one-way ticket, thereby ruling out the prospect of ever returning to Earth.

Interestingly, amongst the 1,000 people shortlisted to train for this mission is sixty-year-old Reginald Foulds, a former pilot in the Pakistan Air Force who moved to Canada in 1992.

Foulds was born in Pakistan in 1954 and grew up near an airforce base which is where he inculcated his love for aviation. After graduating from college he enlisted in the military where he trained as a pilot before retiring at age 42 and moving to Canada.

Currently Foulds works in Ontario for the office of emergency management which ensures that the city is well-equipped to deal with any eventuality, and is inspired by the exploits of astronaut Chris Hadfield, who is also a fellow Canadian.

According to Foulds, when he first heard about the Mars One mission – which plans on sending humans to colonise Mars starting 2024 – his excitement knew no bounds. His family and friends are extremely supportive of his goal to “one day lead humans to Mars” and he isn’t scared of the one-way journey to the red planet.

I have learnt to be adaptable, determined, curious and courageous; I am very focused in what I get out to do. I am a very reliable and trustworthy person.”

While the trip to Mars certainly sounds like an experience of a lifetime, there are a number of technological advances that are needed before it becomes reality, according to researchers from MIT.

Existing technologies mean that oxygen levels are likely to deplete after two months of humans landing there and therefore need to be upgraded for permanent settlement. Reginald Foulds is also not guaranteed a ticket to Mars just yet – amongst the shortlisted applicants only 24 will be chosen as the final roster.