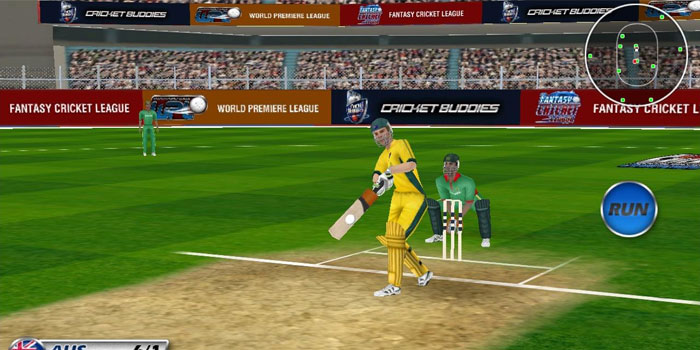 Cricket world cup 2015 is here and the excitement is at its peak, we can have our bit of fun playing some exciting cricket games on our smartphones. Compared to football or other sports there is a dearth of good cricket games and so I went ahead and downloaded a bunch of cricket games and tried them out.

Here are some of the best cricket games worth playing on smartphones:

One of those extreme slogging cricket games by the makers of Real Cricket. The name Aussie t20 Bash says it all, with an array of superstars you get to lead your favorite Australian t20 franchise to the title of the Big Bash champion.

For all of us BOOM BOOM fans, seems like Stick Cricket is modeled on Afridi’s batting style. Get a kick by playing with and against world cricket’s superstars. Out of all cricket games that I have played, Stick Cricket is one game that gives you real adrenaline rush.

(Free for Android and Free for IOS)

One of those cricket games in which you can have your national team take the pitch against other national teams in a variety of formats such as Quick Match, Power Play, World Cup and the turn based styled Pass-N-Play. The best feature when compared to other cricket games is the Pass-N-Play option allowing you to have fun with your friends.

(Free for Android and Free for IOS)

Slightly different from other cricket games; this game is based on the fact that you can play cricket anywhere whether it’s a street or a beach.  You get to play 5 over matches on the beach, pretty much like those matches on the beach in Sri Lanka and the West Indies.