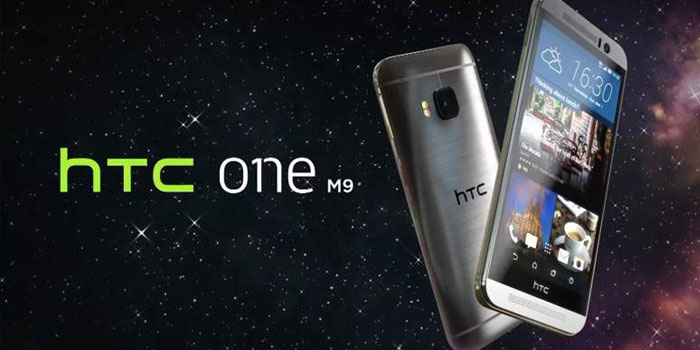 There has been no shortage of rumours about the HTC One M9 in the recent past. HTC has finally unveiled the next flagship smartphone at MWC 2015. It surely lends credence to all those rumours for the most part but let’s see what it has in store for us anyway.

HTC One M9 adopts design cues from HTC One M8 released last year. It seems awfully familiar apart from having the oval-shaped (revised design) power key relocated to the side. The fact that the volume keys, located above the power key, bear the same shape as the power button, it can cause issues in identifying the keys. HTC did the least to prevent that with a circle pattern on the power key.

HTC seems to have slightly pushed the limits in terms of build quality. The flagship’s aluminum body feels solid as ever and sports a dual tone look in Gold and Silver which be right down the alley of many HTC fans. It may seem much shorter and narrower than before but the well-rounded back and the sturdiness helps the grip and overall form of the handset.

The 5-inch Super LCD3 capacitive display is not only bright but rich in colors with 1080p resolution aboard. This particular choice of display against qHD screen could also do wonders for the battery. It also sports a pixel density of 441 ppi. Moreover, Corning Gorilla Glass 4 will keep the screen safe from scratches.

With last year’s HTC One M8 compensating for the power constraints and battery issues on HTC One M7, the latest flagship has little to make up for. The box-ticking exercise follows nevertheless with an improved Qualcomm Snapdragon 810 chipset for the Octa-core unit, coupled with 3GB of RAM. Should you end up using 32GB of internal storage, you may expand memory upto 128GB. The slight boost in non-removable battery from 2,600mAh to 2,840mAh should translate in a few extra hours of use.

HTC One M9 brings users the Android 5.0 Lollipop out of the box. Given that the phone runs HTC’s own Sense UI on top of it, users would least likely experience a big leap over Android 4.4. It is worth noting; though, that this choice by HTC does weigh on the phone’s memory as it takes the internal memory down to almost 21GB.

The complementary amenities are the usual such as NFC, Infrared port, Bluetooth, DLNA. In addition, the phone is capable of fast battery charging with Quick Charge 2.0 technology. This roughly brings charge times down to 60 percent in 30 minutes which is quite impressive.

There is no word on the pricing of the smartphone just yet but it will be up for grabs by the end of this month.

HTC One M9 does not seem like a big leap of faith following the launch of its predecessor. There are a few hits and misses with the design which many would be quick to spot. However, if you happen to be new to HTC or decided to skip HTC One M8 altogether for some reason, you will most definitely fancy this device. Given the amount of power it offers along with the revised version of Sense, this could be right down your alley.