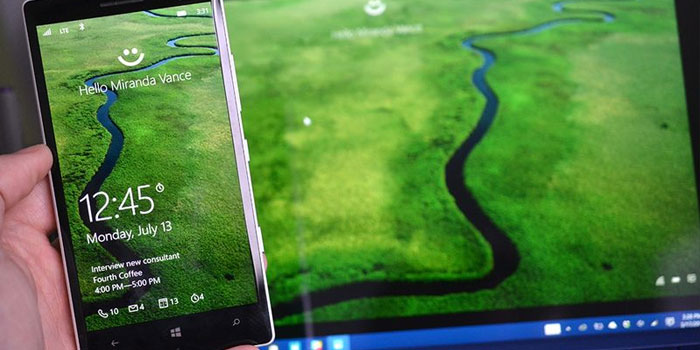 Windows Hello is Microsoft’s attempt at making hacking harder and logging-in easy. Microsoft turns our bodies to our passwords in this new update. With Windows Hello, users of the upcoming Windows 10 will be able to log onto their devices using their fingerprint, face or even the iris of their eyes.

Microsoft developed this technology as part of their Xbox Kinect depth camera that shipped with both Xbox 360 and Xbox One, and was also available for Windows PCs. With this advanced technology, Hello will be able to recognise you beneath your beard or makeup and decide of it’s really you.

Employing this new idea, Microsoft intends to eliminate the billions of passwords that Windows users crate and forget or even mistakenly leak onto the internet. Hello will make use of a fingerprint sensor or a camera to authenticate you.

You — uniquely you — plus your device are the keys to your Windows experience, apps, data and even websites and services, not a random assortment of letters and numbers that are easily forgotten, hacked or written down and pinned to a bulletin board

Hello is based on a technology called asymmetric key cryptography, used to identify a cell phone to a network. According to Belfoire, hacking has become a full-time job and people using the same passwords on all their devices and web services does not help their security. Biometric authentication, which confirms who people are by using their unique physical characteristics, promises to put up an additional wall of security between devices and malicious third parties.

We understand how critical it is to protect your biometric data from theft, and for this reason your ‘biometric signature’ is secured locally on the device and shared with no one but you

The catch, if there is one, appears to be the hardware. In a video (embedded below) Microsoft notes that Hello will require “specialized hardware, including a fingerprint reader, illuminated IR sensor or other biometric sensors.” That means that the laptop would need a built-in Kinect-like sensor, designed by Microsoft or a RealSense 3D sensor from Intel which supports both iris and facial recognition.

With Windows 10 expected to release in a few months, we are not far away before we can use these new security features in our daily lives.