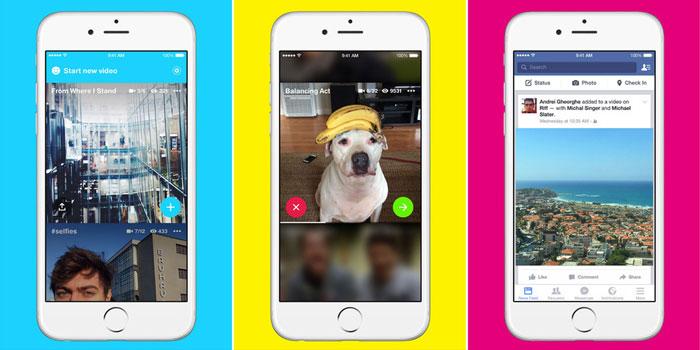 How frequent is it that you and your buddies collaborate to make videos online? Not often to be honest but it can be quite fun, which is why Facebook has announced a new app for iOS and Android, called Riff.

It is quite simple. Anyone can start a topic on Facebook with their Facebook friends, who then make and share their own videos. Unlike Vine, however, there is no limit on the length of the video you make so that can work in Riff’s favor.

All you have to do is give it a topic, like #AprilFools, then your friends can view it and choose to add their own clips on that topic. Once a friend adds a clip to your video, your friend’s friends will also be shown the video in Riff and will be able to add to it.

The video you make can then be viewed from the Riff app but you can also post it on your timeline. The project which is a direct result of Facebook’s Creative Labs can be tried out in the respective app stores of iOS and Android today.

Whether it will be a huge success or yet another failure remains to be seen.