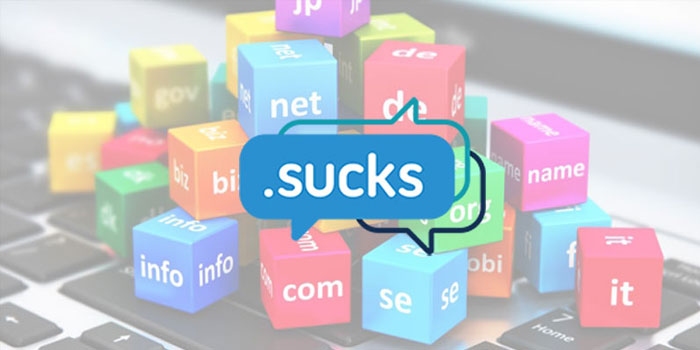 Internet Corporation for Assigned Names and Number (ICANN) is a body that has the authorization to decide the letters that a web address finishes with. Of late, it is worried by the hefty prices being charged for web addresses that end with ‘.sucks’. It has now asked trade authorities in Canada and the U.S. to look into Vox Populi that has the rights to offer this name but charges boatlads for it.

The final part of any web address that follows the dot is commonly termed as generic top level domain (gTLD), for instance ‘.org’, ‘.net’ and ‘.com’. Given that ICANN relaxed the regulations linked with gTLDs almost three years ago, it has allowed names such as ‘.sucks’ to go up for grabs. Corporations often purchase their brand name with a number of gTLDs in order to prevent others from securing anything along those lines. This can be for several reasons.

Firms are charging heft charges for .sucks domains because they know prominent people can’t afford them to fall into the wrong hands

Apple, Google, Microsoft and Kevin Spacey have purchased ‘.sucks’ web addresses in an attempt to safeguard their names by preventing others from securing them. This is typically refered to as defensive registering. ICANN may have granted Vox Pupuli the clearance on selling ‘.sucks’ web addresses but a hefty premium of $2,000 for early registrations is what concerns them a lot. What worries them even more is the fact that Vox Populi are also offering defensively registered names for a greater charge.

To put things into perspective, fresh gTLDs like ‘.forsale’ set users back by a maximum of $20 per year. ‘.sucks’ seems to be an entirely different story as it comes with a base charge of a whopping $199 per year. ICANN revealed that Vox Populi were even considering a charge of $25,000 at a stage but they settled with $199 to justify that being a ‘reasonable part of a company’s PR budget’. Kevin Murphy from Domain Incite believes that they are charging firms prices that they can afford; not what they’re worth.

ICANN may have refered the firm for scrutiny to higher regulatory bodies but Vox Populi claims its innocence in the matter. It is adamant that the pricing as well as policies are clearly within the regulations. Unless the company has actually breached any code, ICANN’s vigilence would prove to be a lost cause. Who is to say they wouldn’t believe this just ‘.sucks’?