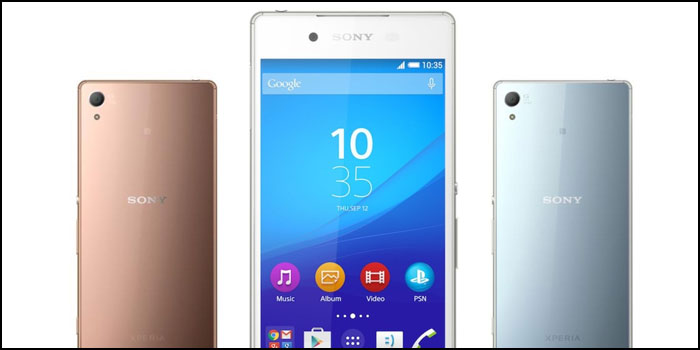 All those anticipating the release of the next entrant in the SONY Xperia Z smartphone family were left disappointed when SONY announced the Z4 tablet at the last MWC. SONY seems to have taken no time to make up to you folks as it officially announced the Xperia Z4 in Japan. From the looks of things, the latest iteration remains true to its roots and adopts the same look.

Xperia Z4 is 6.9mm thick and weighs 144 grams, sporting a metal and glass body that mimics the same class as its earlier build. It is as much as 0.4mm slimmer and 8 grams lighter than the Z3. Besides being IP6 certified for dust, it is also IP5 and IP8 certified which protects it against water. Users can submerge the smartphone as deep as 4.92 feet for a maximum of 30 minutes.

The phone comes with a 5.2 inch 1080p LCD display. 64-bit Octa-core Snapdragon 810 processor along with 3GB of RAM should have no issues running Android 5.0 Lollipop on the device. Should users run out of the 32GB internal memory, they have the option to expand storage upto 128GB. Besides the 5MP front-facing camera onboard, the 20MP rear snapper sports a cooking mode that lets users take enhanced images of food.

SONY Xperia Z4 is set to release in Japan later this summer. There is no word on its price or date of release elsewhere yet.