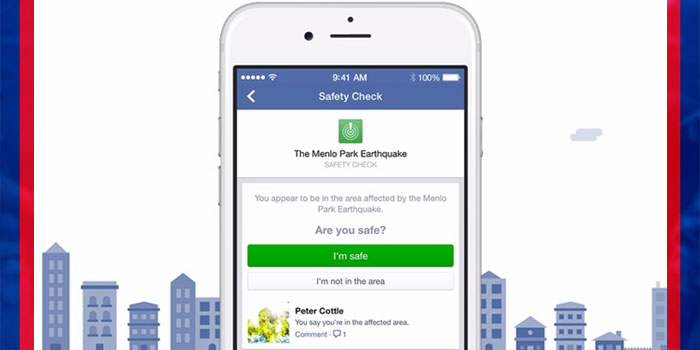 Technology has been used for a lot of humanitarian purposes but the latest one may be the most prominent yet. In the face of the recent earthquakes in Nepal, Facebook and Google have decided to aid the locals by using technology.

Facebook has rolled out its recently announced Safety Check feature, which allows survivors to check-in and get their relatives to know that they’re all right.

According to the corporation, millions of users in Nepal, India, Bangladesh and Bhutan have already marked themselves safe.

Google has also re-launched its Person Finder feature which assists you in finding missing feature and sharing vital information with others. Here, you can upload the biographical details and photographs of the missing person and get to know the whereabouts of the person.

So far, around 6300 contacts have been registered to the service. The information remains confidential and hidden from Google. Person Finder is available in a number of local languages.

Google Finder was first used in the devastating earthquake in Haiti in 2010, and again in Japan the following year.

The real benefit is obviously the accessibility. While after such major calamities, it is usual to lose all sorts of communication, services such as these allow people to get their word out far more easily. Google said:

“We’re very saddened by the disaster and just doing our little bit to try and help.”