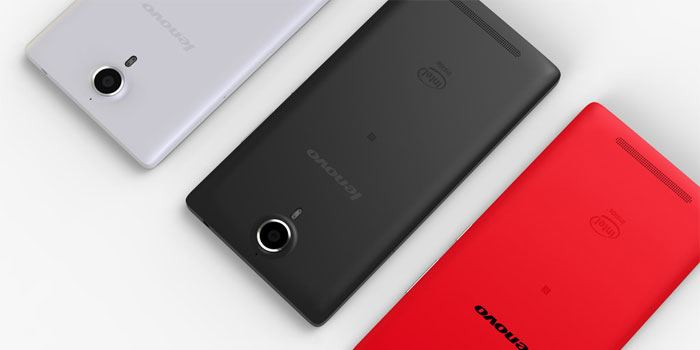 As 2015 goes on, more manufacturers have joined the Asus by offering smartphones which cross the 3GB RAM barrier. First it was the Zenfone 2, then the Xiaomi Mi Note Pro and now Lenovo has also joined the party with the Lenovo K80 which utilizes 4GB of RAM.

The Lenovo K80 comes with a unibody plastic build and a 5.5-inch 1080p IPS panel. It comes with a 64-bit Intel Atom processor that is clocked at 1.8GHz. The processor is accompanied by 4GB of RAM and a massive 64 GB of internal storage. The K80 packs a huge 4,000mAh battery under the hood and still maintains a slim waistline of only 8.5mm.

The camera department features a high-end 13MP unit at the back that comes with Optical Image Stabilization and dual LED flash. The front camera is a 5MP foxed focus unit. Lenovo K80 supports all the common connectivity features and LTE network connections. The slim phone will comes in a number of color varieties including Black, Silver and Red.

Lenovo is still to release more details regarding the phone’s availability in other markets but given the high-end device specs and reasonable pricing, it should be not be long before Lenovo makes the international release official.