Mobilink’s revenues stood at Rs. 25.3 billion during first quarter of 2015, slightly down from Rs. 26 billion it generated during the same period last year.

VimpelCom, the parent group of Mobilink, said that revenues were hampered by SIM-reverification drive, lower VAS revenues because of simplified charging regime and increased price competition. Group said that SIM verification process had and will continue to have a negative effect on revenue for the rest of the year. 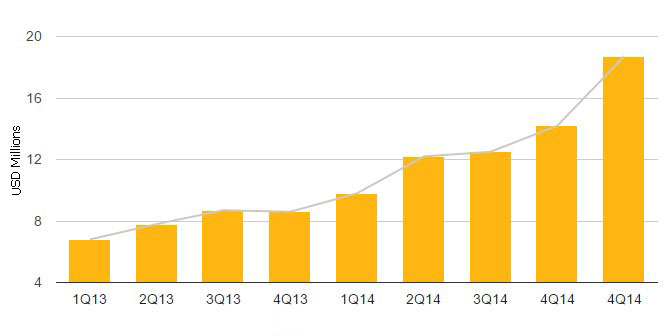 Revenue from mobile financial services also doubled, thanks to increased focus, retail promotions and better reach throughout the country.

Capex decreased 53 percent to PKR 2.6 billion after the 3G network upgrade was completed in 2014.

The customer base was flat YoY and decreased 1% QoQ, due to restriction in sales through retail channels and blocking of unverified SIMs as a result of the SIM re-verification.

Mobilink said that improving customer perception is its main priority. The Company continues to focus on price simplicity and transparency and improvements in network quality perception, the release said.

Below are key indicators for Mobilink’s Q1 2015 financials: 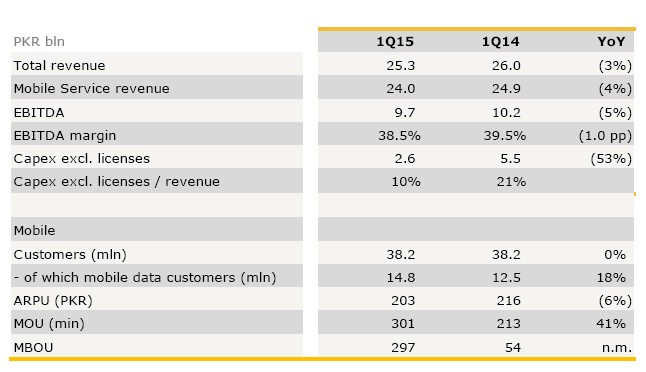