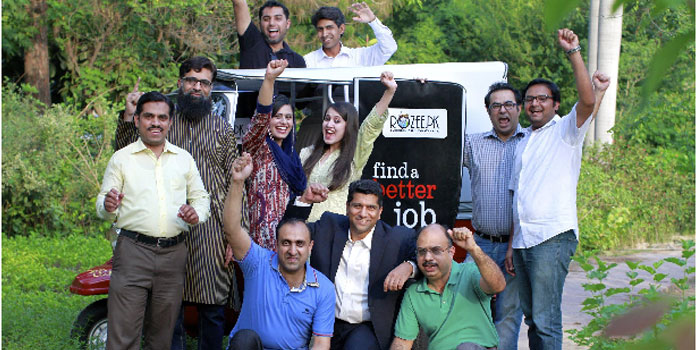 Naseeb Networks, the parent company of Rozee.pk (Pakistan) and Mihnati.com (Saudi Arabia), has raised over $6.5 million in Series C venture funding from Vostok Nafta and Piton Capital Lead Investment to accelerate its growth in target markets.

Lately, Pakistan has been in the spotlight for all the wrong reasons and this presents an opportunity for the world to see the better side and tremendous potential of the country.

This is the third time the company has raised funding. Back in 2008, Rozee became Pakistan’s first online company to ever raise venture capital amidst the backdrop of a suspended constitution, Benazir Bhutto’s assassination and frequent bombings. With the latest round, the total funding till date now exceeds $8.5 million.

Since that time period, early investors have seen a return of 680%, something even Wall Street would be envious of. In addition, in the last 7 years, Rozee has increased the revenues from jobs classified business by 115X.

Since 2008, early investors have seen a return of 680% while revenues from jobs classified have increased 110X

Such returns and massive rounds of investment only serve to highlight the fact that Pakistan is one of the most promising emerging countries in the world. If you still aren’t convinced, here are some quick facts:

There are plenty of inspirations too. Recently, saw PakWheels which raised $3.5 million and EatOye! which was acquired by FoodPanda. The foreign interest in the country is higher than ever and that’s highlighted by the bevy of startups backed by juggernauts like Rocket Internet.

The online payments space, which has long been the Achilles heel of the country, is also undergoing exciting innovation with virtually all telcos and banks in the race. E-commerce, which is already a $30 million industry, is expected to experience double digit growth in the coming years as online spending grows.

In short, there is plenty to be excited about and it is great to see Rozee leading from the front. Their latest round of funding will signal to the world that Pakistan is ripe for investment and we are sure this is going to be one of many examples of local success stories in the months and years to come.