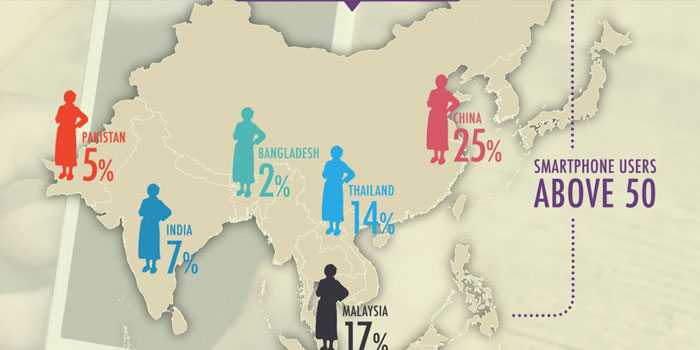 Food, water and shelter. These are the three basic human requirements. With a hint of irony, some people add internet to that list.

That’s because internet provides people the power to change their future. Whether it’s an African kid learning to code at night after a day toiling away in the fields late at night or a housewife making a Facebook page to sell home made cookies, internet is a great leveler. It allows you to access opportunities and provides hope for a better future. That is why companies like Telenor, Facebook and countless others are working to connect ‘the next billion’ to the internet for a better, digital future.

Mobile broadband connections in the Asia Pacific region are set to almost double to 2.1 billion by 2017

Asian markets have seen explosive growth in internet penetration and mobile data. Data from GSM Association shows that mobile broadband connections in the Asia Pacific region are set to almost double to 2.1 billion by 2017. However, as the markets grow and internet penetration increases, some segments of the population are being left behind by the digital revolution. Significant among these are senior citizens.

All across Asia, the number of people aged 65 and above is expected to grow dramatically in the near term. This rising generation of individuals who did not grown up with technology and who are not in a position to easily acquire new technical skills will be at a considerable disadvantage as the world moves online – not only younger loved ones who naturally use technology to communicate, but also commercial and public services from basic information to paying bills and receiving healthcare.

All across Asia, the number of people aged 65 and above is expected to grow dramatically in the near term

As aging populations are anticipated to be a major factor in the economic and social development of the entire region in the near future, it is important that we as societies remain aware of senior connectivity, both as a means of preventing social isolation and increasing and prolonging productivity among this segment of the population.

Indeed, encouraging digital inclusion is not only socially conscious, but it can also be profitable: already, sophisticated marketers in Japan – one of the most rapidly aging economies in the world – are beginning to see the value of tailoring products specifically to the needs of the senior segment.

Unfortunately, from data gathered by Telenor from our local Asian business units, it is evident that elderly populations throughout Asian markets are less engaged with the internet, particularly via mobile.

Data indicates that elderly populations throughout Asian markets are less engaged with the internet, particularly via mobile

Telenor’s surveys also found that the top reasons consumers cited for not using mobile data are related to perceived utility and complexity of the services. Of this demographic, 29% said they have no reason to use the mobile internet and 24% reported that using the mobile internet is “too complicated”.

Elderly exclusion from the mobile information revolution is to some extent true throughout the developing world: Pew Research’s study of internet usage across emerging and developing nations demonstrated that younger people (18 to 34) are more likely to have accessed the internet than their older counterparts in every country polled, including differences of more than 15 percentage points in all but three countries studied.

The correlation of prosperity and internet usage is also reflected in Pew’s findings in Asia. Here is what percentage of the over 50 demographic in different countries reports using the internet or owning a smartphone:

At the same time, given the challenges expected to emerge from Asia’s rapidly aging population, and the growing importance and affordability of mobile internet (often the only available access in developing markets), these effects will no doubt be felt all the more in this part of the world.

The internet as a conduit for encouraging continued social participation and productivity can be a vital tool for senior citizens. All stakeholders, from government to families to operators should be cognizant of this impending crisis of connectivity, and be poised to respond.

From the hardware point of view, some manufacturers have already taken steps to offer handsets with larger icons and buttons, taking into consideration the physiological realities of aging. Guidelines for website design too can ensure greater accessibility to the elderly, as have been implemented by the Government of Hong Kong.

As the same time, ICT mentoring programs for seniors, as Telenor has successfully rolled out in Norway to encourage mobile data use, may also be effective in this part of the world. Families and loved ones of course have an important role to play in the mentoring process. We must all take measures to ensure that the benefits of the internet are truly enjoyed by all, not just the young.