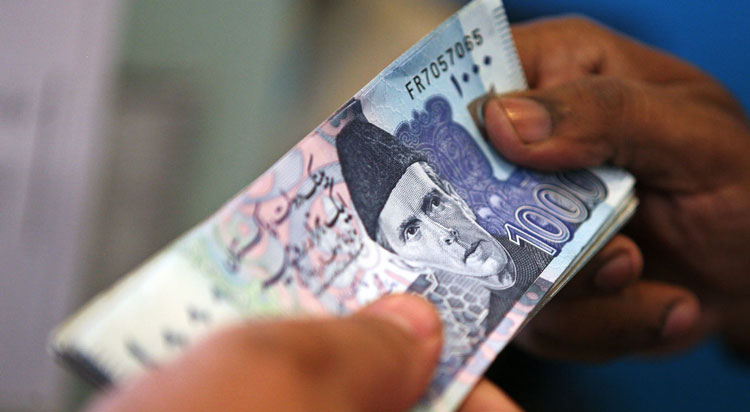 We once told you that text messages for “Benazir Income Support Prizes” and similar lottery prizes will vanish away after biometric verification of SIMs, however, that hasn’t happened. Instead these fraudsters are now using SMS spoofing to pose as official senders of the lucrative prizes.

While there are little chances but for those who don’t know, these fraudsters send text messages to mobile phone users — usually in rural areas — with prizes of thousands of rupees, and in return they ask for few hundred rupees in advance as processing fee. Once this advance fee is paid, fraudsters get away and never pay the promised price.

While there is no research available for such people losing their hard earned money, it is estimated that hundreds of thousands of rupees are wasted by commoners every day.

After biometric verification of almost every SIM, these fraudsters have resorted to SMS spoofing solutions readily available on the internet. With SMS Spoofing one can fake the sender ID and messages look as they are officially sent from recognized institutes. 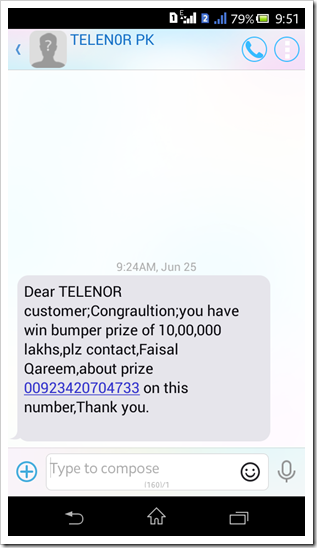 An old screen-grab of SMS spoofed message from archives

While we know that there is a phone number given in the body of such messages that could lead to someone as all SIMs are bio-metrically verified now, law enforcement agencies, cellular operators, PTA or anyone else are least concerned about stopping these menace fraudsters.

While we know that telecom operators have installed systems to catch marketing messages, these SMS Spoofed messages are never caught.

Here are the possible reasons, or at least of these, that SMS lottery schemes aren’t put on an end:

If you (PTA, Telcos, LEAs ) aren’t part of the solution in stopping lottery fraudsters, then it will be assumed that you are part of problem

Unfortunately, even after the biometric verification of SIMs, these messages have not stopped and apparently no-one is putting any attention to the matter just because victims are from rural areas of the country and with less influence on the elite class that makes decision.

All in all, nothing is stopping these fraudsters in looting hundreds of thousands of rupees from innocent, unaware, illiterate and poor Pakistanis.

We have discussed before that biometric verification of over 100 million SIMs wasn’t going to help us stopping the terrorism, but these small crimes were definitely supposed to end. One may wonder the use of biometric verification campaign, worth over 60 million dollars and millions of hours of combined efforts of telcos and customers, if these small crimes are still prospering.