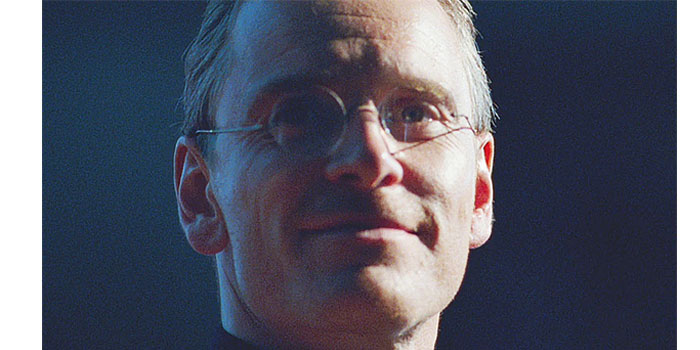 It seems like the Steve Jobs biopics just won’t stop popping out. The latest movie based on the life of Apple founder Steve Jobs will be directed by the Oscar-winning director Danny Boyle and written by Aaron Sorkin.

The film’s cast includes Michael Fassbender as Steve Jobs, Kate Winslet as Joanna Hoffman, Seth Rogen as Steve Wozniak and Jeff Daniels as John Sculley. “Steve Jobs” will be divided into three different parts, i.e. the events surrounding the launch of the original Macintosh, the Next Computer and the iMac.

The film, which is set to be released on October 9th, 2015, has long been coming. The rights to Walter Isaacson’s biography of the late Apple CEO had been originally brought by Sony, before it pulled out and Universal took over. Jobs’ daughter, Lisa Brennan-Jobs also provided insight to the project.

A large number of A-list actors were said to be in the running for the lead role of Jobs, including Christian Bale and Leonardo DiCaprio, but it ultimately went to the Academy-nominated Michael Fassbender, who already looks well in his comfort zone in the official trailer. He may not look much like Steve Jobs, but is arguably better off playing the role than Ashton Kutcher.

We couldn’t have asked for a better person to direct this movie than Danny Boyle, the man behind Slumdog Millionaire and the 2012 London Olympics’ opening ceremony. The Academy-winning screenwriter Aaron Sorkin, who was the mind behind the spectacular The Social Network, has been chosen to write the screenplay of this effort, meaning that front is under the safest possible hands.

We hope that this movie will be a better tribute to Steve Jobs than 2013’s ‘Jobs’, which was an ambitious but ultimately weak effort.