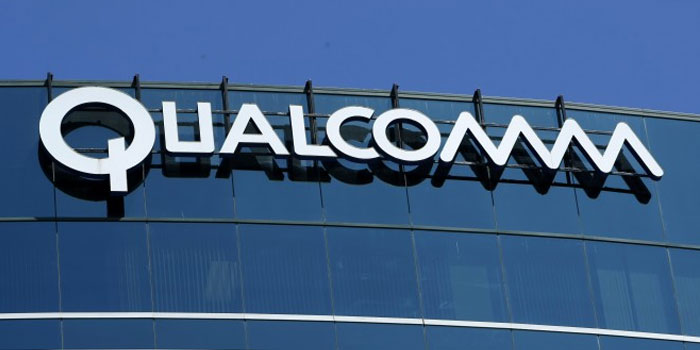 Qualcomm, one of the largest producers of mobile processors in the world has announced updates to its lower-end and mid-range ARM processor line-ups. The new Snapdragon 212, 412 and 616 processors will be available in markets later this year or early 2016.

No word on the much-awaited Snapdragon 820, though. All of these chips are manufactured on the 28nm processor.

The main difference in these iterations is essentially the higher clock-speed. The 616 comes with two quad-core Cortex-A53 clusters, clocked at 1.7 Ghz and 1.2 Ghz respectively. That’s a step up from 1 Ghz on the low-power chip. 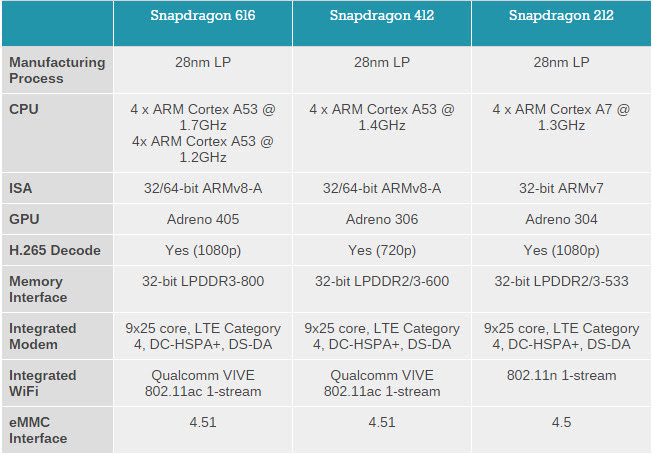 There’s support for Fluence HD audio and QuickCharging 1.0 and 2.0, as well.

The lowest-end announcement is the new Snapdragon 212 processor, which too comes with X5 LTE this time. Accompanying it is Adreno 304 GPU, with support for 8 megapixel cameras and finally the capturing and viewing of Full HD videos. It also supports QuickCharge 2.0 for up to 75 percent faster charging and Fluence HD audio.

Expect the processors to hit the markets later this year on in 2016. They will contribute towards making budget phones more usable and functional.