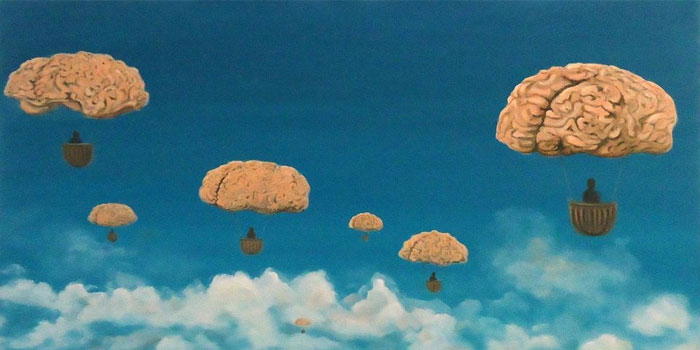 Who among us wouldn’t take the chance to go abroad and get settled? Disillusionment after graduation, lack of opportunities and rampant corruption ends up making even the most patriotic among us long for the stability offered by developed countries. Once something each developing country routinely has to deal with, the matter has now become a significant issue for Pakistan with potentially disastrous consequences if left unchecked.

It’s no surprise that the migration of smart and highly skilled people from less developed nations to the greener pastures is on the rise. Top tier firms often conduct recruiting on a global basis and this offers smart people a way out. Additionally, many countries like the US offer special visas for skilled workers. When graduates exit educational institutes hoping to succeed in the least amount of time possible, it makes them susceptible to the lure of the developed countries and the lifestyle they offer.

According to a survey of Gallup-Pakistan carried out in 2000, more than two-third of Pakistan’s adult population wants to go abroad for work, while half of them have no desire to return. A similar survey was carried out in 1984, and only 17% Pakistanis had reported their eager to settle abroad. The situation has only grown worse since.

The fact is that this trend means that Pakistan is losing out on more and more of its developed and skilled human capital than ever before.

Young graduates are valuable assets that no country can afford to lose. Apart from causing a reduction in the number of bright residents, it directly impacts the economic development of a country and this outflow of qualified and skilled workers from a country results in the phenomenon widely known as ‘Brain Drain’, referring to the loss of the intellectual strength of a society.

What is most discerning is that the Brain Drain is on the rise in Pakistan over the past two decades as more graduates opt to look towards a financially secure and comfortable lifestyle in another part of the world. UNESCO claims that the highly skilled migration rate of Pakistan increased by more than 60% from 1992 to 2000, which is an indicator of the alarming magnitude of brain drain in the country.

Why is Brain Drain an Issue for Pakistan?

Having understood that, it is important to identify the factors which are causing this phenomenon to occur.

In case of Pakistan, these causes are rooted in the unequal status of economic development of the emigration and immigration countries. Students are pushed back by lack of job opportunities, unsatisfactory salaries, lack of respect for the professionals, low job satisfaction, political instability, high terrorism rate, high bureaucratic control, unfair merit system, and insecurity of life.

They are automatically, subconsciously trained to be attracted by the alternative that migration offers which includes high salaries, bright career, economic, social and other intercultural benefits.

This coupled with the relaxation of immigration policies for high skilled workers by United Kingdom, Unites States of America, Australia, Germany and other developed nations, has resulted in easy shifting out for the young graduates to the so-called lands of opportunities.

What’s Being Done to Reverse Brain Drain in Pakistan?

There are a number of programs already in place to combat the issue of brain drain in Pakistan, however, they need strengthening and the nation requires heartened efforts for not just progress, but also sustainability.

The HEC, along with numerous private institutions like LUMS, IBA, NUST etc., have hired foreign faculty to bring back those competent graduates who have gained skills and expertise from the foreign land to transfer their strength to Pakistan, hence converting the brain drain into gain for the country.

The question is if the government, education institutions and responsible authorities are considering the magnitude of the damage ‘brain drain’ is bringing to Pakistan and if the actions that are required to manage and decrease this trend is even a priority for decision makers.

Making things better for current grads in much easier and cost effective compared to attracting them when they are well settled abroad so immediate action is needed and we implore the government to make it a priority task.