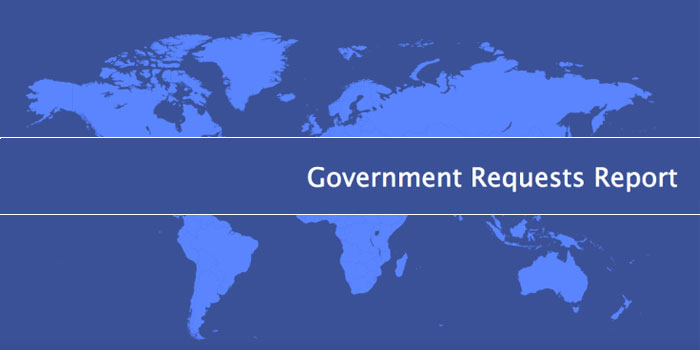 In response to Edward Snowden’s revelations about the stunning scale of mass surveillance being carried out worldwide and the complicity of tech companies in the process, many giants like Facebook have started detailing whenever authorities request user data.

The bi-annual Facebook’s Global Government Request report reveals details about content restrictions and data requests submitted by governments around the world. The January – June 2015 edition marks a disturbing rise in such requests including in Pakistan.

Compared to last year, government data requests rose by 52%. 192 requests were registered for access to 275 users and accounts. Facebook evaluates each request and makes sure it isn’t too broad or vague. Only requests that are related to criminal activity are processed and Facebook entertained 58% of the requests made by the Pakistani government in the first half of 2015.

History of Pakistani Government’s requests for data to Facebook

Overall, we continue to see an increase in content restrictions and government requests for data globally.

Addressing (well founded) fears from users about Facebook being a trustworthy platform, he said:

As we have emphasized before, Facebook does not provide any government with ‘back doors’ or direct access to people’s data. We scrutinize each request we receive for legal sufficiency, whether from an authority in the U.S., Europe or elsewhere. If a request appears to be deficient or overly broad, we push back hard and will fight in court, if necessary.

Even Yahoo had to divulge some user details to the Chinese government in order to continue operating there. Sometimes the need for profits tends to obscure the lines between company values and practical realities in the territories it operates.

As users, we have the choice to use the services at our disposal responsibly. Unfortunately, ignorance will only lead to more overreach by authorities and it’s our responsibility to highlight it and spread awareness.