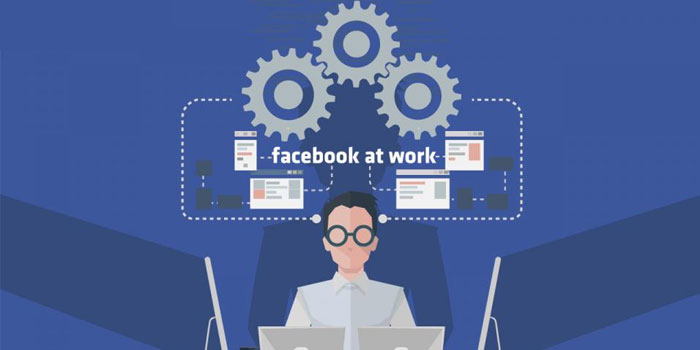 Facebook at Work was announced a few months ago. For those unfamiliar with the service, it is basically a version of Facebook aimed at professionals. Facebook at Work users can communicate with each other privately. It’s like a private social network for employees of a company. Facebook at Work now has its own messaging client called Work Chat, which is similar to the popular Messenger app.

Features of the Work Chat app

The new app, Work Chat, lets co-workers message each other, create group chats. Share photos and videos and even make voice calls and use stickers. Work Chat does pretty much the same stuff Messenger does.

The app was quietly released on the Google Play Store late last week (you can grab it from here). The iOS version of the app is still under development and will be out pretty soon. The exact release date, however, has not been announced.

The new app has come out just before the planned public release of the fermium Facebook at Work networking platform for businesses. Facebook previously revealed that the service will go public this fall but is now saying that the release will be close to the end of the year.

The Facebook for companies has been in beta testing since its announcement back in January. Hundreds of companies have already signed up and according to the numbers posted by Facebook, 300 companies are testing the platform at the moment. These companies include both small startups and established enterprises like banks, firms and many more. The biggest one being the Royal Bank of Scotland, which plans to have 30,000 workers on the business social network by March 2016 and slowly expand this to the whole 100,000 workers by the end of next year.

Facebook at Work is not much different from the normal version. It also has its own mobile apps on Android and iOS. Employers can set up new accounts for their staff to use the private business version of Facebook. Users have the choice of linking private and work accounts. There are new options like document sharing, discussions, announcements, groups, project collaborations and possibly several others as well.

Facebook at Work has a lot of competition to overtake when they enter the market publicly. There is Microsoft’s Yammer, Salesforce Chatter, upcoming Slack and the aging SharePoint. Slack will possibly be the biggest competitor with its ever-increasing integration services. Of course, Facebook has its humongous user base to back it up.