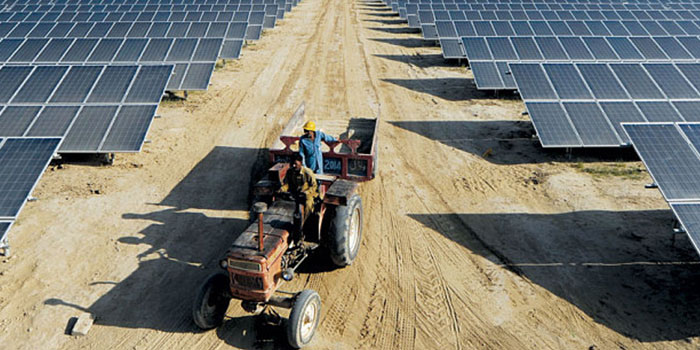 While IT companies like Apple and Google have been making strides towards ensuring that all their operations are powered by renewable energy or have a minimal ill effect on the world’s atmosphere, these are only a couple of companies. There are millions of businesses around the world and billions of people directly causing the global warming effect. It’s clear that everyone needs to play their part in improving the environment so that the future looks nothing like how the apocalyptic movies depict the next century.

A group of studies from the MIT, the Atmosphere/Energy Program at Stanford University and the University of California bring a detailed plan and conclude that a renewable energy powered world is indeed a possibility by 2050. This study is a glimmer of hope in the otherwise long list of studies claiming irreparable effects on the environment by the middle of the 21st century.

The study by the MIT research team suggests that the current solar technology is capable of getting us there if implemented appropriately. Stanford University and the University of California have analysed the roadmaps of a total of 139 countries to estimate the amount of energy these countries would require in the future. The teams working on it then compared the potential that these countries have for producing renewable energy from wind power, solar power and hydroelectric power sources. After comparing both, the renewable energy potential and the estimated power requirement of these countries, they found that it is indeed possible to fulfil global power requirements via renewable power sources.

“People who are trying to prevent this change would argue that it’s too expensive, or there’s just not enough power, or they try to say that it’s unreliable, that it will take too much land area or resources. What this shows is that all these claims are mythical.” – Mark Z. Jacobson, director of the Atmosphere/Energy Program

How does Pakistan Stack Up with its Future Renewable Energy Potential?

The teams even made an interactive global map available here which shows the projected energy mix on each of the analysed countries. The map lists the potential that Pakistan has and what sort of benefits the population can reap if the country follows their projected plans. The study reports that Pakistan has a potential of producing 92 percent of its electricity requirements via solar energy, at a rate that’s amongst the highest in the world. 58.1 percent of that electricity can be produced by solar plants and 15 percent via Concentrated Solar Plants (CSP). Pakistan also has the potential for producing 4.8 percent electricity via wind power and 2.9 percent using hydroelectric energy.

The study claims that this plan will produce 291,110 long-term (over 40 years) jobs in the construction sector and 239,989 long-term jobs in the operations division. Health costs will be reduced by $916.2 billion which will be about 21% of the whole GDP in 2050. The plan will pay for itself in just one year from air pollution and climate cost savings. Air pollution will be reduced by 14 times. The money aspect will be another positive prospect as the electricity will cost two-thirds of what it would if the electric production continues according to the current estimates. The government will save $3,469 per person via energy, health and climate costs per person.

The study’s roadmap and estimates may be the only hope that we have got to fix the environment before the situation gets out of hand. Head to the interactive map for more interesting facts about each of the analysed countries. The financial benefits alone should be more than enough to justify moving to renewable energy as soon as possible.