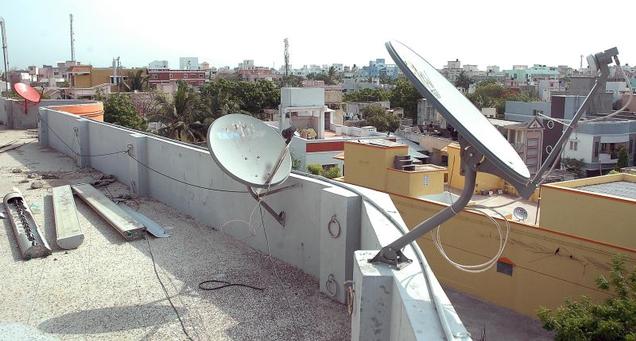 Pakistan Electronic Media Registration Authority (PEMRA) has started to confiscate the illegal Indian DTH equipment being sold throughout the country. The media authority has started a crackdown against all illegal DTH activities that continue to be managed under the radar.

The State of DTH Services Running in Pakistan

Indian DTH services like Dish TV, Reliance Sundirect, SDN, Tata Sky and Videocon are being sold in major cities throughout the country via local agents. During the past few years, these Indian DTH service providers have seen great proliferation despite tense ties between Pakistan and India. The reason of their success is due to demand for high-quality digital media, something that the Pakistani market has lacked due to delays in DTH license auctioning for more than a decade.

These illegal DTH service providers provide a choice of around 400 high-quality channels including quite a few High-Definition (HD) channels. These channels are being broadcasted from India, but unlike cable media, the quality of these DTH services does not degrade even at the end of the bandwidth spectrum, due to the digital nature of the platform, which covers most of the Pakistani region.

The reliability and quality of these DTH services have earned it a massive amount of user subscriptions in the country. It is estimated that illegal DTH users in Pakistan range from 70,000 to 2.5 million concentrated in Islamabad, Lahore and Karachi. The actual penetration is said to be much higher as most of the cable operators rely on DTH services to include Star Sports, Star Movies, National Geographic, Star Sports etc. in their catalog. These channels are not permitted to air in Pakistan according to PEMRA.

“We have raided, seized and destroyed 2,500 DTH equipment in Islamabad and Lahore. We are doing all we can to stop the illegal use.” When talking about the illegal systems installed inside homes, he said “That’s where (Pakistan) Customs intelligence, FIA and other agencies have a role to play” – Fakhruddin Mughal, PEMRA spokesperson

How much is the Illegal DTH Business Thriving in the Pakistani Market?

Pakistani dealers working on behalf of Indian DTH companies smuggle the DTH equipment from India and sell the set-top boxes and antenna dishes for about Rs 10,000 to Rs 15,000. The annual subscription fees are paid via websites and mobile money transfer. These fees range from Rs 1,200 to Rs 2,000. The money is then transferred to Dubai and forwarded to the Indian DTH service providers. The money is moved illegally without any record or taxation.

According to PEMRA Director General Licensing, Wakeel Khan, around $140 million (Rs 14.7 billion) were being siphoned to the Indian DTH providers annually. This money will remain in the country after local DTH services are launched.

There is a need to curb these illegal services prior to the DTH license auction planned for December 7th. PEMRA has assured the participants of the bid process that the distribution of these illegal DTH services will curbed to provide them with a fair opportunity. Seeing how complex the DTH issue is, there are reports that one of the prospective auction bidders has already opted out of the race thanks to the presence of these Indian DTH services.

What Does the Future Hold for Licensed DTH Operators?

As of now, PEMRA allows only 19 foreign and 86 Pakistani channels limiting the options available to the DTH license auction bidders who would be investing heavily in the market. PEMRA is in talks with several international broadcasters to relax the rules for the DTH licensees. DTH services will also be allowed to run their own thematic channels for on-demand content. PEMRA is looking for about $100 million to $150 million in investment, but the question still remains as to how much of the local households can afford the upfront costs and high monthly subscription charges and how will the government force local cable operators to switch to local DTH services instead of those foreign ones?

Let us know of your opinion on the matter in the comments section below.