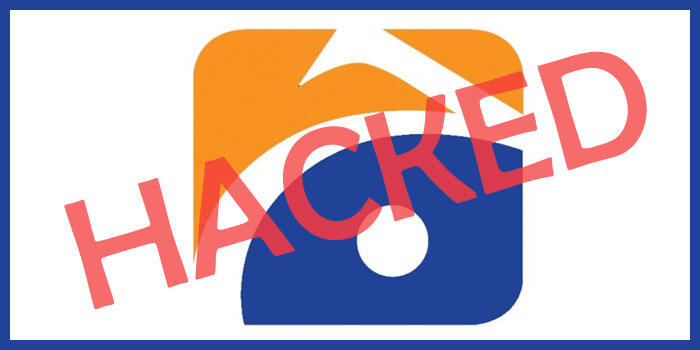 Adding insult to injury, three further accounts related to Geo TV have been hacked by the very same hacker, who is now going by the name of ‘MickyLeakz’. Twitter accounts for Geo News English, Geo News Urdu and Rana Jawad (Director for News for Geo), were hacked a short while ago.

It’s curious why Geo TV is the only network affected by the hacks. Hamid Mir’s bank statements and emails getting leaked might have been an isolated incident. But with more Geo related accounts getting hacked, it’s starting to look like a well thought out attack. Right now, the hacker appears to be a lone wolf doing it for kicks but that could be a ruse to deflect attention.

We are sure internal investigations are already underway and it maybe it’s worthwhile to consider whether this is an inside job. Putting a keylogger on a computer is the easiest thing in the world and it makes more sense than an entire network being compromised. It could very well be disgruntled employees wanting to exact revenge for perceived injustice. You also can’t discount the possibility whether this is just an orchestrated drama to get more publicity.

Regardless, if nothing else, this hacking spree will force news organizations to take the security of their networks and their social media channels much more seriously. 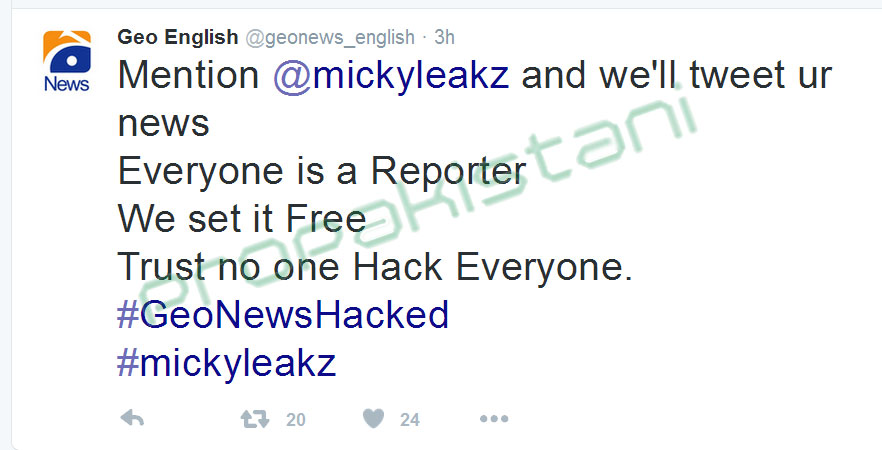 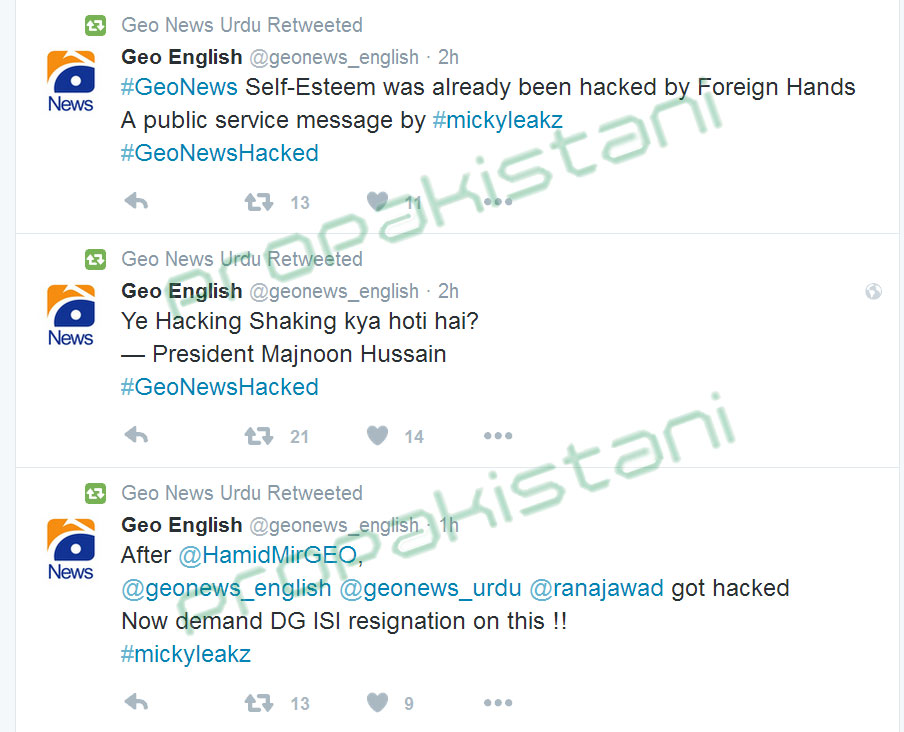 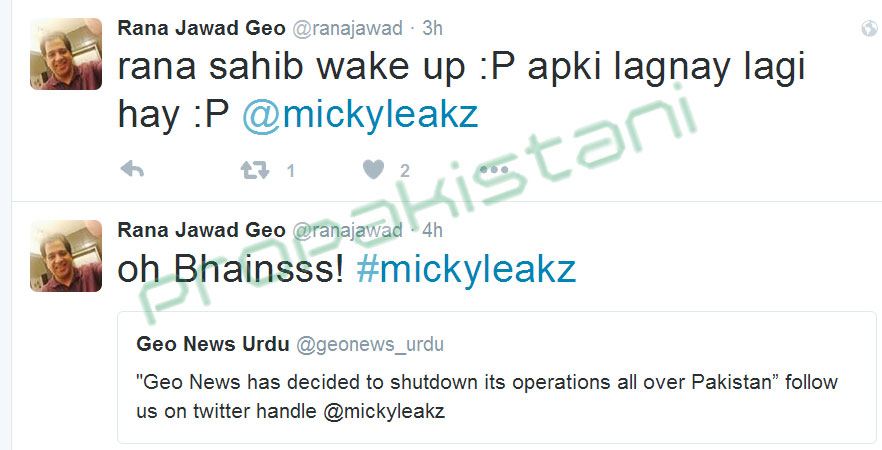