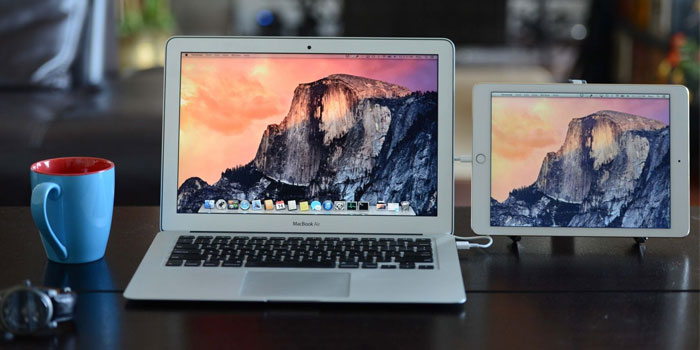 Tablets have yet to overtake laptops as proper alternate solutions primarily because they run mobile applications instead of desktop apps (at least some of them). However, Duet Display (available on the App Store) plans on changing all that by turning your iOS device into a fully functional mobile machine that is capable of running OS X or Windows desktop applications.

According to the app description, you will not experience any lag whatsoever, but the only thing you will have to worry about is spending $9.99 on purchasing Duet Display. The latest version, version 1.2 allows you to use your iPad or iPhone display as a second monitor. Naturally, due to the sheer size of iPad Air 2 or iPad Pro (for those of you who have it), it will be extremely beneficial rather than using an iPhone to carry out the same task.

After all, the biggest limitation of iPad Pro was not the fact that it carried a large price tag, but it was that despite its expensive price, the 12.9 inch tablet was unable to run dedicated OS X applications. Apart from mirroring a second display for your Mac or Windows machine, you can also start viewing 1080p videos at a very healthy and constant 60 FPS through Duet Display.

What will you need to start running Duet Display?

In order to run the setup, you will have to make sure that you possess the following:

While some people might not be attracted to the $9.99 price that you have to pay for the app, if you want to transform your available iPad into a productive work machine, then Duet Display is probably one of the most attractive options out there.