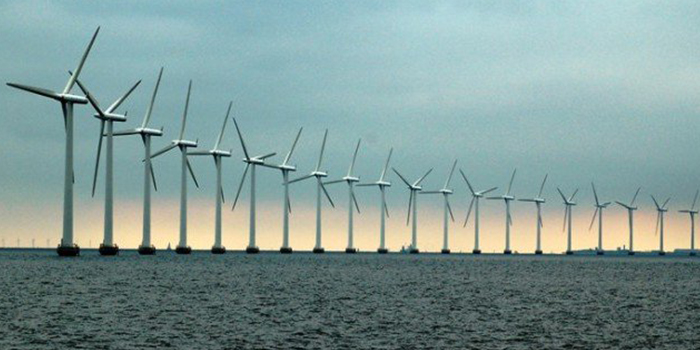 The wind corridor will add 1,000 megawatts electricity to the national grid by 2018, as more investors are coming together wind energy. This was stated by Colonel Muzaffar Hussain (Retd), General Manager Plants Foundation Wind Energy Limited (FWEL).

The State of Wind Power and Energy Projects in Pakistan

Although the possible production capacity is enormous, it is the weak and obsolete power transmission system that is proving to be a major hurdle for generation plants operating at full capacity, according to Col. Mazaffar, who was talking to a group of journalists visiting courtesy of the Asian Development Bank (ADB).

He said Pakistan’s wind corridor in the district of Thatta has the potential to generate up to 50,000 MWs electricity, which will be sufficient enough to meet the country’s power demands for years.

Balochistan’s coastal areas also have huge potential for alternative green energy but lack infrastructure facilities. The government has not conducted any survey in this regard, said Muzaffar. Interestingly, when the plants were installed and made operational, they tripped 200 times due to the poor transmission system. In the area, wind plants of 200 MW have been installed and another 200 are under construction. The government has set a target of 1000 MW by 2018.

Col. Muzaffar stated that Fauji Foundation is pioneering renewable energy initiatives. He revealed that when the company first started work on the project, investors were hesitant to invest but after successful completion of projects there, the confidence of investors soared. Now a number of local and foreign investors are taking keen interest in this sector.

He said under the project, electricity will be sold to the national grid under a 20-year agreement. It would pay back its total investment within 10 years and after that the cost per unit from wind energy would be about Rs 6 while currently its cost is around Rs 10.9 per unit, as the government recently reduced it from Rs 14.

The two projects [I and II] will cost $125 million each in which foreign component is 66 percent while local component is 34 percent. ADB is the lead foreign lender while National Bank of Pakistan is the lead local lender. He said that equity financing for the project was arranged by Fauji Foundation (20 percent), Fauji Fertiliser Bin Qasim (35 percent), CapAsia (A Malaysian private equity firm 25 percent) and Tapal Group (20 percent).

He said that each wind tower has maximum electricity generating capacity of 2.5 MW and overall average yield efficiency is about 33 percent while the efficiency ratio in solar energy is only 18 percent. He said during its first year, the FWEL-II generated 114.5 GW of electricity against the target of 143 GW.

He said currently 132 kV transmission lines have been installed to transport electricity to the national grid and with the support of the ADB, they would be upgraded to 220 kV.

“We will achieve the target of power generation when the transmission lines are upgraded,” he added. Highlighting the social impact of the project, the GM Plants said the project involved 800 local people during its construction period and now due to the development of road infrastructure, transportation has become easy.

He said most of the local peoples’ livelihood depends upon fishing and due to easier access, they capture jellyfish, which fetches a good price in the local market at Karachi and earn handsomely. This project provides an alternative way of earning livelihood.