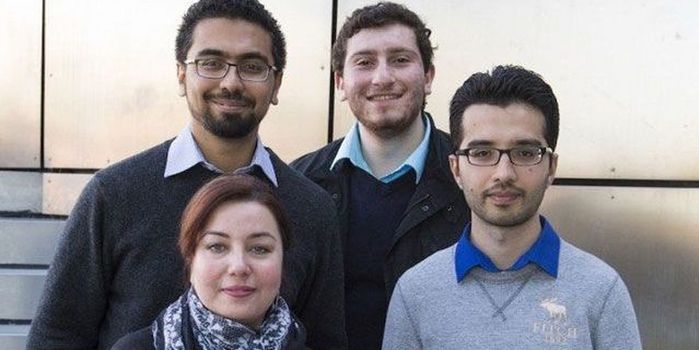 Gotten used to governments, media outlets and people using drones in the sky? Time to get ready for something new as underwater drones might the next big thing. Similar to airborne drones, these come with cameras and can be pre-configured to complete a set of tasks automatically. The underwater drone has an additional ability to avoid nearby objects by changing their course or identifying interesting objects or areas.

A Pakistani Couple Are Developing These New Drones

Drones that operate under water isn’t that old a concept and driving the new idea into reality are a couple of Pakistani-origin Australian scientists. These scientists have joined to form a start-up called Abyss and have their head office in Sydney.

The CEO of this start-up is Nasir Ahsan and he is joined by his wife, Hina Ahsan, who was the co-founder of this company. Dr. Nasir Ahsan holds a PhD in marine robotics while Dr. Hina has a masters in data analytics. They are accompanied by a sensor expert from Afghanistan, Mr. Masood Naqshbandi, and a Lebanese civil engineer Mr. Abraham Kazzaz.

While they come from different parts of the world, all four have been acquaintances since their academic years.

Dr. Nasir grew up in the northern Himalayan region of Pakistan and was always fascinated by the deep blue lakes in the area. His fascination and desire to explore the underwater world led to his degree in marine robotics which is an emerging field. There are very few specialists in the underwater field throughout the globe so his achievement was extraordinary.

Dr. Nasir has previous experience in small autonomous vehicles and has been a part of multi-million dollar projects like the ocean exploration vessel MS Nautilus. He was the navigator for a remotely operated underwater vehicle (ROV) Hercules during that programme.

Details about the Underwater Drone

Abyss, as a company, aims to make water drones easily accessible for smaller companies and individuals. This can be achieved by reducing the price of these drones and improving upon the current underwater robots. The company’s drones are based on the OpenROV, an open source underwater robot development kit formed by a former NASA engineer, Eric Stackpole. Nasir’s company is the first start-up in the APAC region to reiterate on the basic models.

The technology holds great prospects and could go a long way. Underwater dam inspections, waterways, reservoirs, pipelines or fish farms can use such drones for routine inspections rather easily by using these aquatic drones. Abyss has a working prototype for image data collection and can form 3D models using the data. It’s almost functional but is still a work in progress until a final commercial unit becomes available.

Abyss plans to improve their drone technology in the coming months and become independent from government funding. The company aims to start licensing its drones in about six months for industrial usage. Nasir says his long term plans include consumer applications like underwater delivery and storage.