YouTube, after resisting for years, has finally blocked the access of blasphemous videos in Pakistan, we have checked. 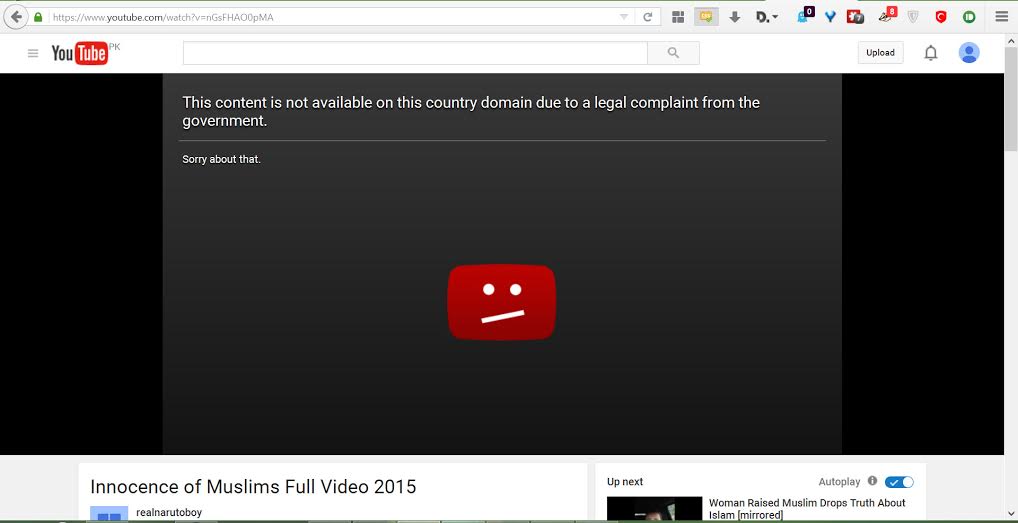 An agreement, regarding this, between YouTube and Government of Pakistan was reached recently. Afterwards, YouTube also announced a local version of YouTube for Pakistan specific audience where specifically tailored content will be delivered to Pakistani users.

Pakistan, on September 17th, 2012, had blocked YouTube in Pakistan for showing videos that were blasphemous in nature.

Personally, I think the reason it took Youtube so long to make this move was because of the incompetence of our government officials, who either argued the case amateurishly or just never wanted the ban to be removed.

After recent developments, PTA has already requested Supreme Court to reconsider its earlier decision of banning YouTube as blasphemous content is now blocked in Pakistan.