Open Signal, a UK based Wireless coverage mapping company has badly exposed LTE/4G services in Pakistan by ranking it at 4th slowest in the world with an average LTE speed of just 4 Mbps; slightly above the average for speeds of 3G (3.5 Mbps).

Iran tops the rank, Costa Rica second, Saudi Arabia third with 3 Mbps and followed by Pakistan at the fourth-last position with an average of 4 Mbps average speed for 4G LTE networks.

Singapore tops the list while providing the fastest average LTE speed of 37 Mbps, followed by New Zealand with 29 Mbps and Hungary with 28 Mbps. 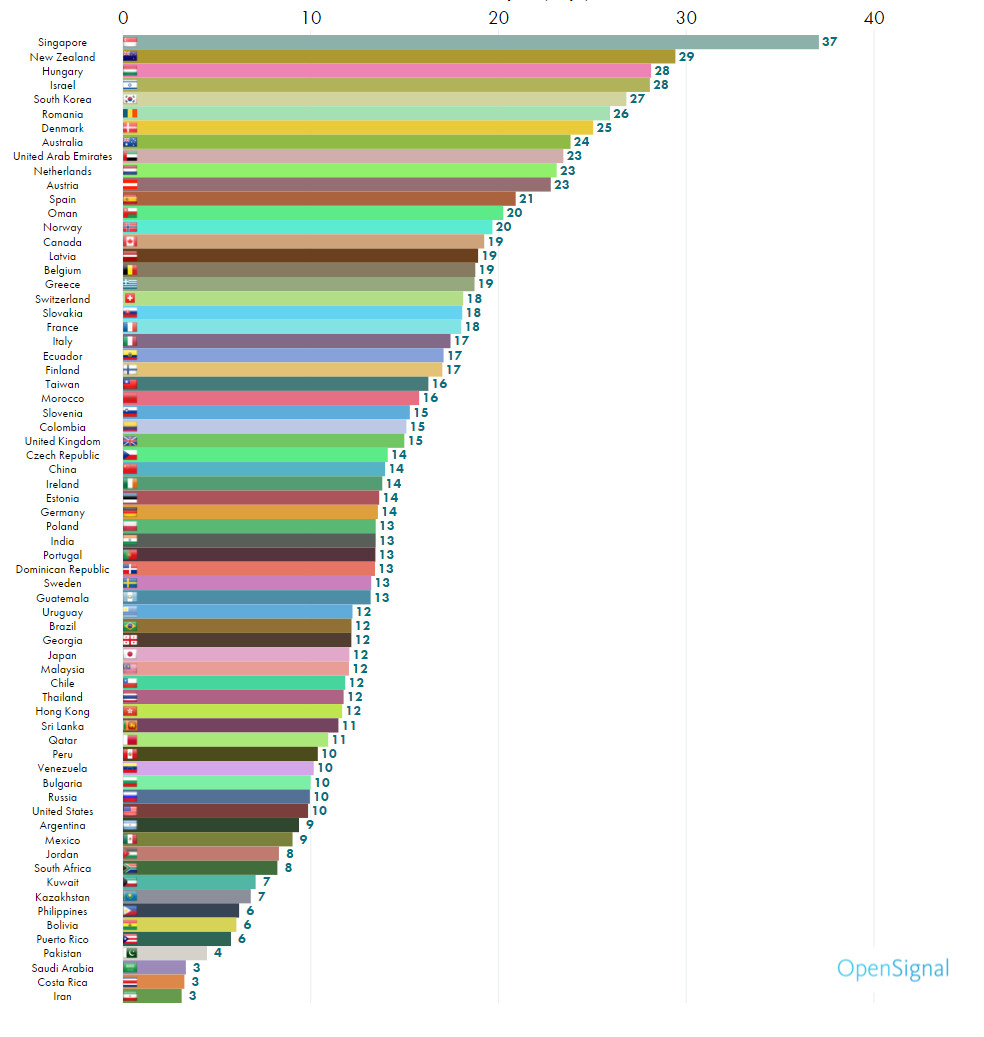 According to the OpenSingal report, Pakistan has an average LTE speed of just 4 Mbps; which is slightly above the average for speeds of 3G (3.5 Mbps).

With coverage of 56%, Zong’s average 4G speed was recorded at 7Mbps, while Warid’s average speed for 4G was ranked at 3Mbps.

Though Sri Lanka and India surpass Pakistan in LTE speeds with 11Mpbs and 13Mpbs 4G LTE speeds respectively, both SAARC countries lag behind in terms of 4G coverage.

Pakistan has better coverage with 58 percent as compared to 49 percent in India and 39 percent in Sri Lanka. South Korea tops the list with 97 percent LTE coverage followed by Japan with 90 percent.

According to the latest data of Pakistan Telecommunication Authority (PTA), the number of 4G (Zong) users jumped from 254,122 subscribers in November 2015 to 282,701 million subscribers in December 2015, while Warid has a total of 10.69 million customers.

OpenSignal’s report on State of 4G LTE networks for Q1 2016 can be downloaded from here.