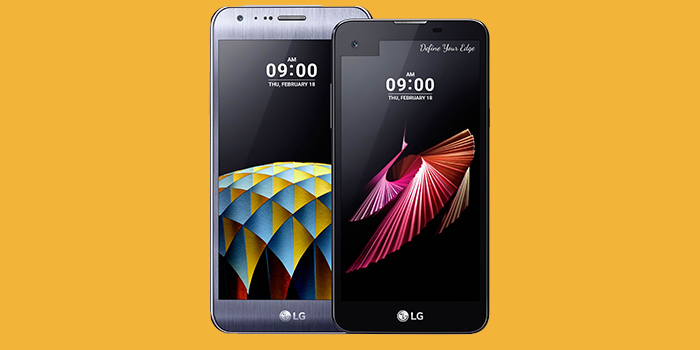 With the Mobile World Congress in Barcelona just around the corner, the phone manufacturers have already started announcing their next candidates for your company. Among the first ones is LG which has announced two new mid-range phones with a very clear focus on objectives.

Called the ‘Specialist’ phones, the series features on new Marshmallow-running products with names that indicate what segment’s audience LG is trying to get. For instance, with the “X Cam”, you get a nice duo of 13 and 5 megapixel cameras on the back and the front. The phone is said to bring “the most advanced camera experience in a mass-tier smartphone.”

It also covers the other bases well with a 5.2” HD display, a 1.14 Ghz octa-core processor under the hood, 2 GB RAM, 16 GB of storage (no word on expandable memory yet) as well as a 2,520 mAh battery. It supports LTE, will be available in four colors (Titan Silver, White, Gold and Pink Gold) and has a thickness of 6.9 mm at its thickest.

There’s also another phone which LG calls the “X Screen”. Again, the focus is on providing a unique visual experience and this time it is inspired by LG’s V10 flagship, in that it brings a tiny secondary display for displaying notifications and quick settings.

The 1.76” 520 x 80 res. always-on display sits on top of the customary 4.9” display. It is also nice to see LG try and trickle the technology found in its top-tier phone to a mid-range device. It also shows how desperate these companies are in trying to bring eye-catching features to the smartphone market.

Other than this innovation, the X Screen comes with a 1.2 Ghz quad-core processor with 2 GB RAM, 16 GB storage, a 13 megapixel camera on the back and a 2,300 mAh battery. It also supports LTE, will be available in three colors (Black, White and Pink Gold), and has a 7.1 mm thickness. Again, no word on the expandability or replaceability.

We are expecting to hear more from LG on these phones, specifically regarding their price, especially since we know they’ll go on retail from next month as soon as the MWC starts from next week. Stay tuned!