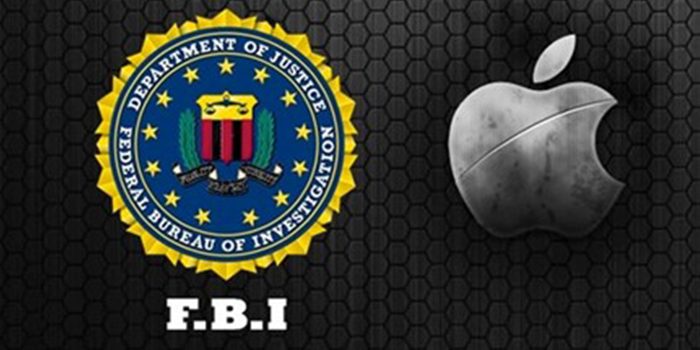 On 2 December 2015, two shooters killed 14 people and injured 22 in San Bernardino, California. Following frenzied media coverage, it was found that a Muslim couple went on the rampage.

Most of us have followed the developments of this case, with the case taking twists and turns regarding the couple’s allegiances and the chain of events that unfolded on that fateful December 2. The FBI for their part, went through all the clues, even confiscating the iPhone in the use of Syed Farok and Tashfeen Malik, the two shooters.

But little did they know that breaking through that iPhone’s encryption would be easier said than done.

As things stand, FBI moved the US courts over a warrant to unlock the security of the shooter’s iPhone. They were granted an order by the judge hearing the case, which brought them to Tim Cook’s doorstep.

Apple’s head honcho, suffice to say, was in no mood to entertain the court order.

Is Tim Cook’s reaction surprising? Or was he supposed to kowtow to the demands of American domestic law enforcement? We take a look at the case.

Why is Tim Cook Fighting the Court Order to Grant Access on iPhones?

Normally, as all iOS users know, Apple;’s mobile OS has a feature that can automatically erase your data permanently if someone enters the wrong passcode 10 times on the device in question.

This is what the FBI told the court, and hence the reason behind the court’s order for Apple to unlock the iPhone or at least install a backdoor that law enforcement agencies can access in such cases.

The seriousness of the case compelled Apple and its CEO to release a public letter, warning that complying with the court order means that users will suffer if the Cupertino-based company were to entail building “a backdoor to the iPhone” — “something we consider too dangerous to create.”

Why Does it Set a Dangerous Precedent?

Suppose Apple does build a backdoor into iPhones and complies with the court order. That will be akin to opening the gates of hell. Any American law enforcement agency would now be able to get its hands on the previously-secure data and abuse it for personal and corrupt means. Corporates only need to show them the money to get on the action.

Once America sets the course, other regimes around the world, be they dictatorial or theological or democratic, will also fight for the same kind of access. Echoes of a case concerning a Chinese blogger and Yahoo come to mind. We all know what happened to that Chinese blogger who aired views that didn’t sit well with the Chinese goverment. Mr. Wang Xiaoning was jailed for 10 years by the Chinese authorities in September 2013, with his wife fleeing to the US, facing similar fears of persecution.

If Yahoo’s abysmal stock value currently is anything to go by, you really can’t blame Apple to think otherwise. Apple’s prestige as a dominant tech leader would take a body blow if it decided to emulate Yahoo’s example. That’s a scenario that Cook and co. really don’t want to see happen.

And then there is your garden-variety hacker and cyber-criminal. Once you show them it can be done, then you can expect ever-increasing cases of ID thefts and stolen digital currency (i.e. Apple Wallet) becoming the order of the day, at least on iOS devices.

Cook also argued that there are no legal grounds for doing this, creating the software that can act as a backdoor for not just Farok’s iPhone but all iPhones around the world. And he also says that if he complies, then whats to say that they won’t ask other tech companies to fall into lines. Privacy advocates are also worried about the same.

Its understandable for a company (that’s worth $78 billion) to care about the security of its customers. On the other hand, it has to tread carefully since there are elements in America who would consider its defiance as nothing sort of ‘treasonous’ to say the least.

This is the most important tech case in a decade. Silence means @google picked a side, but it's not the public's. https://t.co/mi5irJcr25

Is This Only Apple’s Fight?

Apple’s efforts to fight back have been lauded by its biggest competitors as well. Sundhar Pichai, Google’s CEO, also lent his support for his rival’s efforts. The Android OS that Google ships is the world’s dominant, and even though its open-source, Google’s model is predicated on collecting data from its users for its business. Imagine the implications of what that could do if Google complied with government orders.

So ask yourself, would you ever buy an Android or iOS device if it meant that their parent companies would hand over data about you to someone higher up in the governmental hierarchy. You can see the potential for abuse of power here. For terrorism-related cases, the line becomes that much murkier as we’ve seen in cases involving terrorist acts in Pakistani soil and how telecom companies worked in concert with the authorities to nab them. But one thing is for sure, this is, as Snowden says, ‘the most important tech case of the decade.’