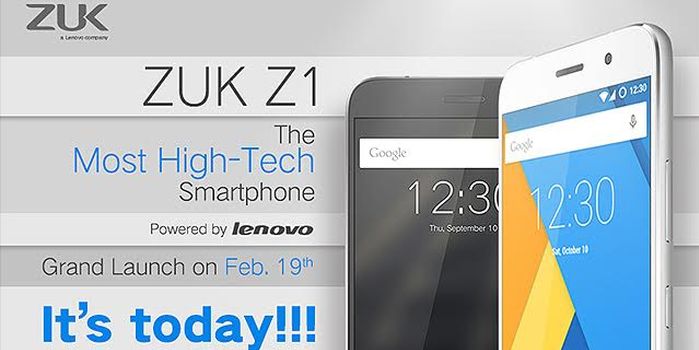 Just as a reminder, the Zuk Z1 offers a premium build quality and last generation flagship specs. They offer some extras to make the Z1 a better buy, since the company intentionally chose to go with last generation’s processor to avoid the over-heating fiasco of the Qualcomm Snapdragon 810.

The Zuk Z1 comes with a 5.5-inch FullHD IPS display covered by an aircraft grade aluminium metal frame and a glossy plastic back. There’s a Snapdragon 801 and 3GB RAM powering the device. Zuk makes up for the last gen processor by adding in 64GB of storage by-default.

The sports a 13 megapixels Sony lens at the back and an 8 megapixels front camera. The extra large battery stands at 4,100 mAh. Other extras include a fast charging USB Type-C (Standard 3.1), a fingerprint scanner, a gesture supporting U-touch Home key, capacitive keys and more.

There’s Cyanogen OS 12.1 (based on Lollipop 5.1) running on the phone by default. The Cyanogen OS should bring extra functionalities and theming support not available in most OEM operating systems.

More detailed coverage of the phone is available here.

How to Order The Zuk Z1?

To order the phone, 20 percent advance payment is required, while the rest can be paid via cash on delivery. The phone can be ordered from here.