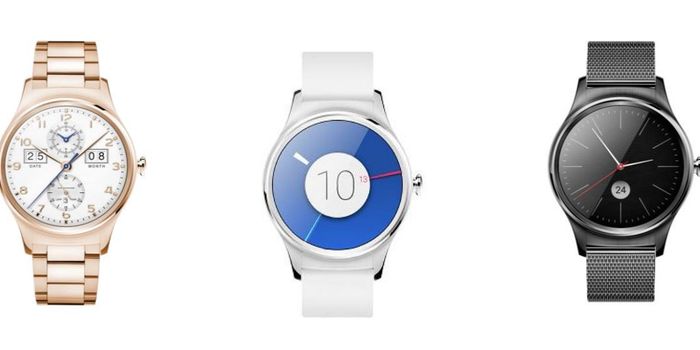 Haier isn’t widely known for its Smartphones or gadgets within the wearable spectrum. Until now that is. The company seems to be taking the gadget market seriously and has just shown off its first Android smartwatch.

The Haier Watch (that’s the name), was revealed at the Mobile World Congress and it touts a metal body and looks reminiscent of the Moto 360. Not only will the device cost considerably less than its competitors, it is as sleek a device as you can get in the market right now.

When compared with the Huawei Watch, Haier’s device doesn’t look much different at all. The Watch comes with a completely round 1.4-inch display with a decent 400×400 resolution. The display sits inside a slim 316L stainless steel casing. The casing size is a nominal 42mm in diameter. As far as the aesthetics are concerned, its build quality is definitely great and easy on the eyes. Users get the choice between gold, silver and black colored variants coupled with a variety of interchangeable straps. There’s no black bar at the bottom as well. 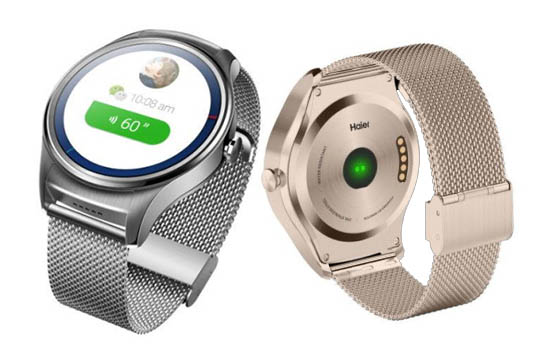 When it comes to the performance side, the Watch comes with 1GB of RAM and 8GB of storage. To remind you, 512MB RAM and 4GB of storage are the norm these days. The device boots Android Marshmallow, though, it seems that Haier might use a custom ROM instead of going for Android Wear and that might be one of the reasons for the slightly higher RAM and storage. However, it’s unclear if Haier will release an Android War variant when the Watch goes on sale.

Haier’s Watch will support the Play Store apps and come with its own set of fitness apps as well. The device can stand its own ground against fitness trackers. The company has added a feature which can recognize different types of fitness activities.

The Watch comes with a Heart Rate sensor, microphone, speaker and GPS. This means users can make or take mobile calls from the watch with ease. The smartwatch comes with magnetic connectors and possibly, a bundled dock too. Smartphones can be connected to the smartwatch via Bluetooth only. There’s no other connectivity option like WiFi, NFC or LTE. Haier has made the device dust and water resistant with an IP56 certification. The typical “find my phone” feature has been baked into the software as well.

Finally, the device will cost no more than $200 – Haier has confirmed that bit. The Watch will go on sale after April with global releases spanning out over Q2 2016. In addition to Haier Watch, the company will also be releasing a watch for tracking kids with multimedia and fitness features.