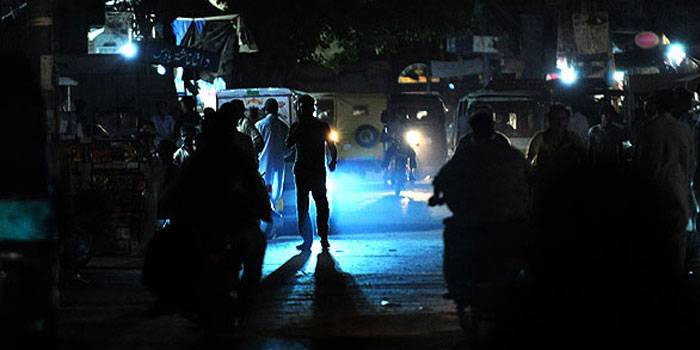 At 7:00am this morning, a power breakdown occurred in parts of Karachi. Initially, it looked like a routine cut of power for maintenance purposes. However, courtesy of social media, we were updated that the power outage would be continue due to another fault and that K-Electric personnel were already working on normalizing the issue. However, as we write this, there are still parts of the city that are without power.

According to K-Electric, the power breakdown took place because of tripping in an extra high tension transmission line, which is the reason why it is still taking the team time to restore power to these regions.

Given below is a list of the areas that were affected:

While K-Electric’s technician team are doing whatever they can to normalize smooth operation of power, these prolonged power outages are a definite cause of worry for thousands of consumers who do not have access to sources that will generate backup power. Unexpected rainfall is expected according to the Karachi’s meteorological office. The office also states dusty winds might also blow with normal rains.

While that is an encumbrance that we might be able to deal with, K-Electric should be prepped to counter the heatwave as effectively as possible. During 2015, a deadly heatwave engulfed the city, resulting in numerous power outages. Severe temperature climb also resulted in the loss of innumerable number of lives.

Water spots have been created in order to allay the size of this tragedy, but we will also be dependent on the company to make sure that it has countermeasures installed to prevent history from repeating itself.