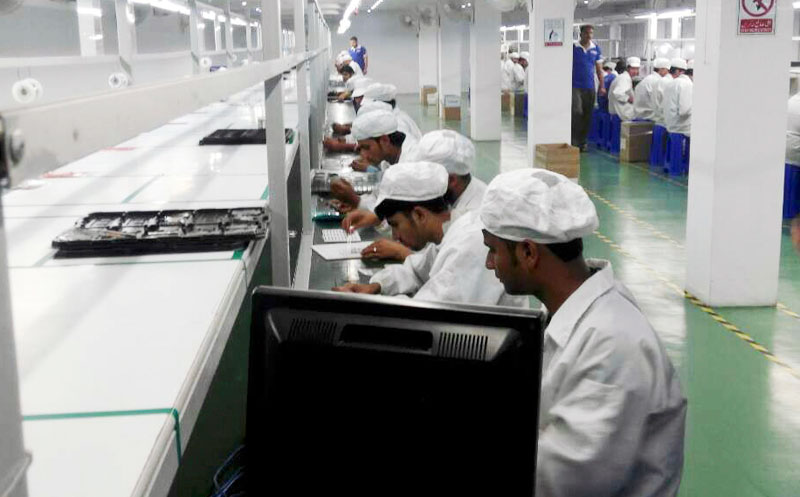 After getting required approvals and no objection certificate from authorities, GFive has finally started producing mobile phones in Pakistan with label “Made in Pakistan” on them, reported Telecom Paper and separately confirmed by ProPakistani through official sources.

According to early information, GFive will assemble feature and Smartphones in the country.

Currently, as per sources, total assembly line capacity of GFive is around 500,000 units per month, which is likely to grow with time.

Reports said that GFive is using PTA approved equipment for its assembly plant.

Just in case if you are wondering, a trial production has already been started and as many as 87,000 units have been assembled by GFive already.

These assembled in Pakistan phones include both smartphones and feature phones that will be made available to local market very soon.

It won’t be out of place to mention that Haier has already announced plans to start a phone assembly plant from April this year.

These new plants would not only help in reducing the import bill as smart phones are the demand of the day, but will also help bring good investment and create job opportunities for the youth.

It merits mentioning here that government of Pakistan has offered special tax incentive package to mobile phone manufacturers, which includes:

We are yet to see the quality of Made in Pakistan phones to give a conclusive opinion about the prospects of locally manufactured phones.

Keep visiting this place for more information on the development.