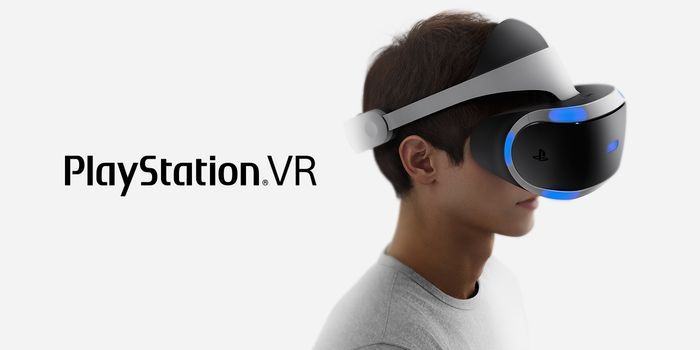 Sony has finally opened the curtains around its long-awaited VR headset. Set to compete against the likes of Oculus Rift and HTC Vive, PlayStation VR has a lot to deal with. Sony took the stage today at the GDC 2016 in San Francisco to reveal the consumer version of its PlayStation VR headset.

Plenty of information regarding the VR headset was already known, its first foray into the virtual reality world. What was not known until this point, was the pricing and availability of the VR headset. Now we know what it will cost and don’t expect it to be easy on the pocket. It’s going to be priced at USD 399 (approximately Rs. 41,850). It will go on sale in October, later this year.

The PlayStation VR sets the costs significantly less than its competitors. Gamers looking forward to enjoying virtual reality based games will have to spend much less to quench their thirst. Competitive offerings, Facebook’s Oculus Rift and HTC’s Vive, priced at $599 and $799 respectively. These competitive offerings also require some really good PC builds with high-end processors and GPUs. The pricing of the PS VR gives it a real shot against the others and very hard to beat in terms of popularity despite being the last to the market.

But There is An Additional Cost to Consider

PS VR requires the PlayStation Camera (sold separately) to work appropriately. The price tag of $399, however, seems to exclude that. The camera costs around $50 (Rs. 5,200 approx.) on its own, which may not be a major cost in the context of the other expenses though. Most PlayStation owners might not have the camera, by default, so that’s still some money to spend. Another expense, excluded from the price is the glowing orb Move controller. However, gamers will still be able to use the motion-sensing DualShock Controller.

PS VR works with PlayStation and gamers will be using the headset with the PS Camera and a controller to navigate through their games. The camera seeks the user using the LED orb on the Move controller or the headset.

Gamers will see a display with a Field of View (FoV) of 100 degrees. The wider it is, the more immersive the experience. The narrower the FoV, the more boxed the output. FoVs for the HTC Vive and the Rift haven’t been revealed yet. Rumors state that it is around the same as the PS VR.

FoV isn’t all there is. The Frames per Second (FPS) need to be well over 60 in order to prevent nausea in users partaking in a VR environment. Increasing FoV isn’t possible with such high FPS, at least not while keeping the costs manageable. Not to mention it would require some great graphics horsepower. PS VR runs using its own console, hence the company knows the limitations of what it can offer considering the content.

The PS VR uses a 5.7 inch OLED display with a refresh rate of 120Hz. The refresh rate is higher than the Rift and Vive’s 90Hz. The resolution stands at 1920 x 1080. Sony says their sub-pixel design significantly lessens the SDE (Screen Door Effect). SDE is the visible black line between two pixels and generally higher pixel density and better pixel arrangement reduces these.

Sony has sold more than 36 million PS4s. If that number is any indication, there will be a lot of gamers lining up to buy the VR headset when it goes on sale in October. This might help increase PS sales as well, as even with the cost of the PS camera, headset and the console combined, the PlayStation setup costs much less than the comparable offerings the high-end PCs required to use them.