After a temporary ban on Monday and then restoring it for few hours, Facebook has now apparently blocked Qandeel Baloch’s Facebook fan page for good, at least that’s what social media experts are saying.

Qandeel Baloch, who had been in headlines lately for her bold videos and visual stunts, got her Facebook page recovered when it was blocked by Facebook on Monday due to complaints on certain posts. Qandeel had reportedly removed such objectionable posts to retrieve the page but only for a while.

As soon as Facebook reinstated Qandeel’s page, her page was again bombarded with complaints — only with a difference that users complained about her page instead of individual posts.

Apparently, the volume of the reports pushed Facebook to block the page again and according to those who know Facbeook rules inside out, it is likely that Qandeel won’t be able to recover her page now. 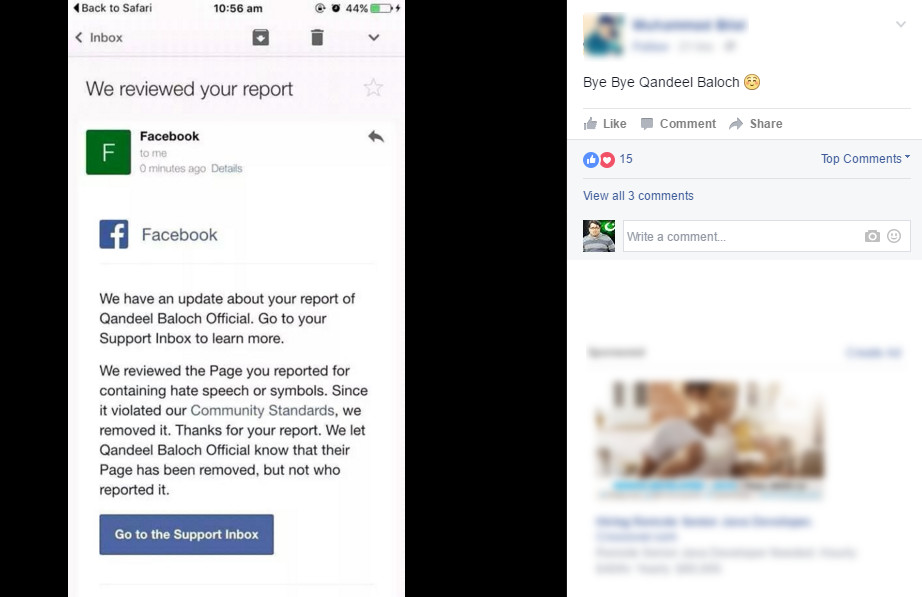 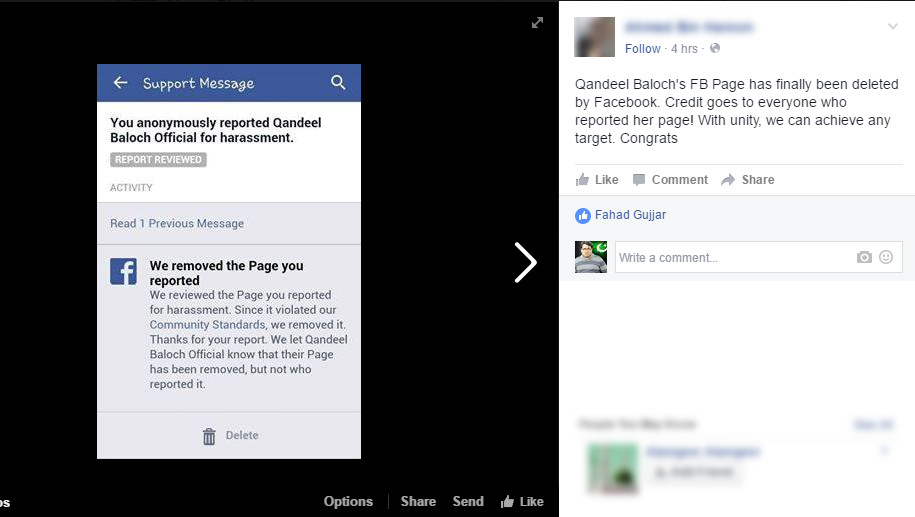 Social Media experts, whom we spoke with, are saying that it would be very hard for Qandeel to retrieve her page now due to being blocked repeatedly. The user complaints show that a lot of community members don’t like her content and this is the conclusion Facebook has arrived at as well.

It bears mentioning here that Qandeel Baloch, in a yet-to-be-aired interview with Mubashir Luqman, has said that Social Media is not owned by anyone and she’s free to say or do whatever she wants to on Facebook.