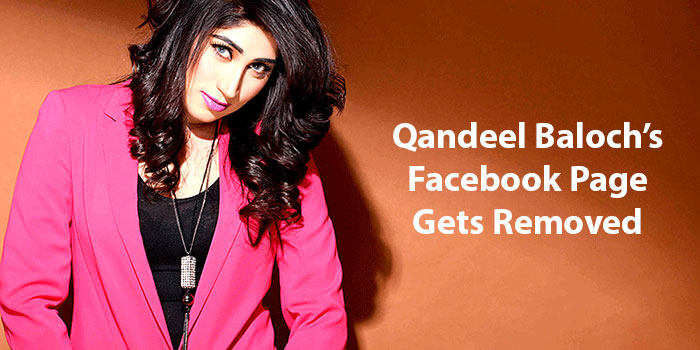 In a development that is being billed as consequence of Qandeel Baloch’s videos during past two weeks, Facebook has removed her fan page, we have checked.

Qandeel Baloch is a Pakistani ‘model’ and ‘singer’ who has earned notoriety due to her social media antics. She became popular on social media due to her self-made videos discussing her daily routine and various matters.

She became controversial due to her bold videos and had over 400,000 fans on her Facebook page. Moments ago, the Facebook page “Qandeel Baloch Official” was removed and anyone pointing to the URL is redirected to home page, indicating that page has been officially removed. 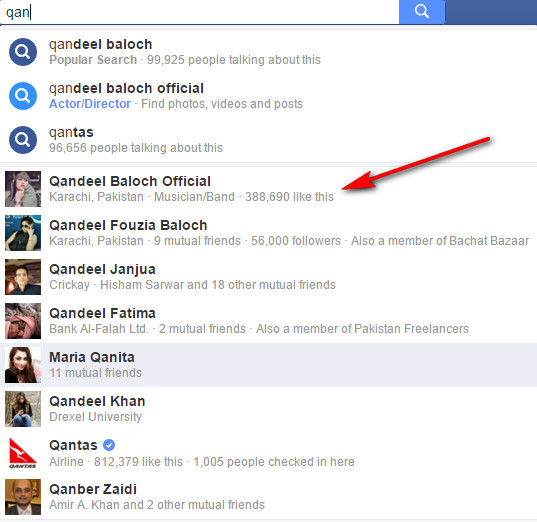 The model works with various commercial agencies and recently rose in popularity when she said she would do a strip tease if Pakistan cricket team won against India. At least there was some positive side to our national team losing in T20 world cup game.

It is still unclear why the page was removed, but we think that a flurry of user reports triggered the action on Facebook’s part. 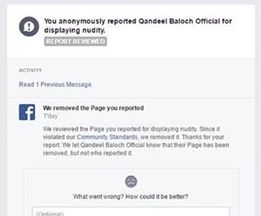 While we are in process of obtaining more information, we have seen similar pages disappearing from Facebook in the past.

some of such removed pages were retrieved after the owners explained the case to Facebook management. It is yet to be seen if Facebook will give the page back to Qandeel Baloch or not.

Apparently Qandeel Baloch has learned the lesson as its evident from her first post after getting back the page. “Aaj se no video”, said Qandeel Baloch in an update on her page.