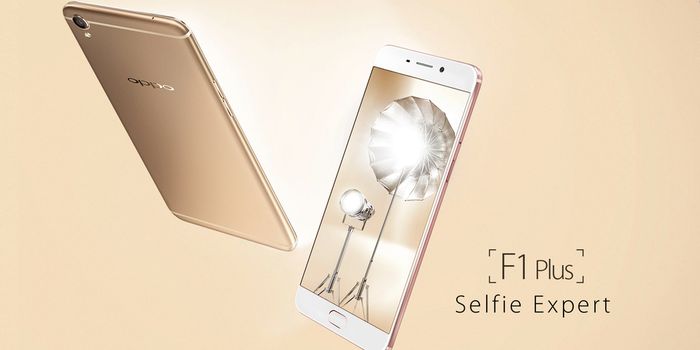 A while back, OPPO unveiled its camera-focused F-series Smartphones at the MWC 2016. Immediately after the launch of the F1, the F1 Plus was teased. Finally, the phone has been released. The new smartphone comes with a 16 MP/13 MP camera combo and a metal unibody design.

The OPPO F1 Plus

OPPO F1 Plus is nothing more than a renamed international version of the OPPO R9. The phone comes with the exact same specs and design as the Chinese variant. The F1 Plus comes with a 5.5-inch 1080p AMOLED display. Its screen sits in a 6.6mm thin aluminium body. The home button, sitting below the screen, doubles as a fingerprint reader.

The R9 doppelganger is powered by a Mediatek Helio P10 clocked at 2.0GHz. There’s 4GB of Ram and 64GB of internal storage on board. There’s a microSD card slot with support for up to 128GB using a hybrid slot (which can also be used as a second SIM slot). 4G LTE support is also built-in.

The f/2.0 camera is also of a higher resolution than the back camera, which has a 13 MP resolution. You’ll further get a few specific modes to get the most out of your snaps.

The F1 Plus runs on Android 5.1.1 Lollipop and carries a mediocre 2,850 mAh battery unit. The battery however, makes use of OPPO’s trademark VOOC Flash Charge, letting you charge the phone in minutes. VOOC Flash Charge can charge a phone for 5 minutes and provide a talk time of 2 hours.

OPPO F1 Plus is coming to the Pakistani market within the next few days. The prices aren’t confirmed yet but watch this space as we’ll have them very soon.