Infinix is no longer a newcomer to the Pakistani market. The company has released many of its Smartphones in Pakistan and its product lineup is maturing with every new release. As usual the phone manufacturer has partnered with Daraz to launch its latest entry level smartphone, the Hot 3.

Infinix Hot 3 changes the physical dimensions seen from its predecessors by increasing the smartphone’s screen size to 5.5-inches. The resolution remains at HD; however, Infinix has used a GFF lamination for the front glass which reduces the distance between the screen and the glass to just 1.2mm, for greater clarity and improved responsiveness. The Hot 3’s screen should also see less glare and reflections from your surroundings. Design-wise, Hot 3 builds on its predecessor maturing its plastic build with a rugged finish and a metallic frame.

The phone is powered by the same quad-core Mediatek 6580, clocked at 1.3 GHz, coupled with 1 gig of RAM and 16GB of storage. The microSD card support is there for cards of up to 32GB. The camera department got a minor upgrade with better sensors, however, the resolutions remain the same 8MP for front and 2MP for rear cameras. The front camera now shoots in 84-degree widescreen and with more vividness thanks to an increased pixel size of 1.6μm. Infinix has made some software improvements, like selfie soft light and beauty modes, bringing useful features which improve camera performance.

Hot 3’s battery got a big boost over its predecessor, which now comes with a 3,000mAh unit. Infinix claims the phone can now be used for 9 hours of browsing, 20 hours of talk time and 33 hours of music. The phone will also support OTG and reverse charging. The built-in music amplifier has also been upgraded to offer a superior sound experience. 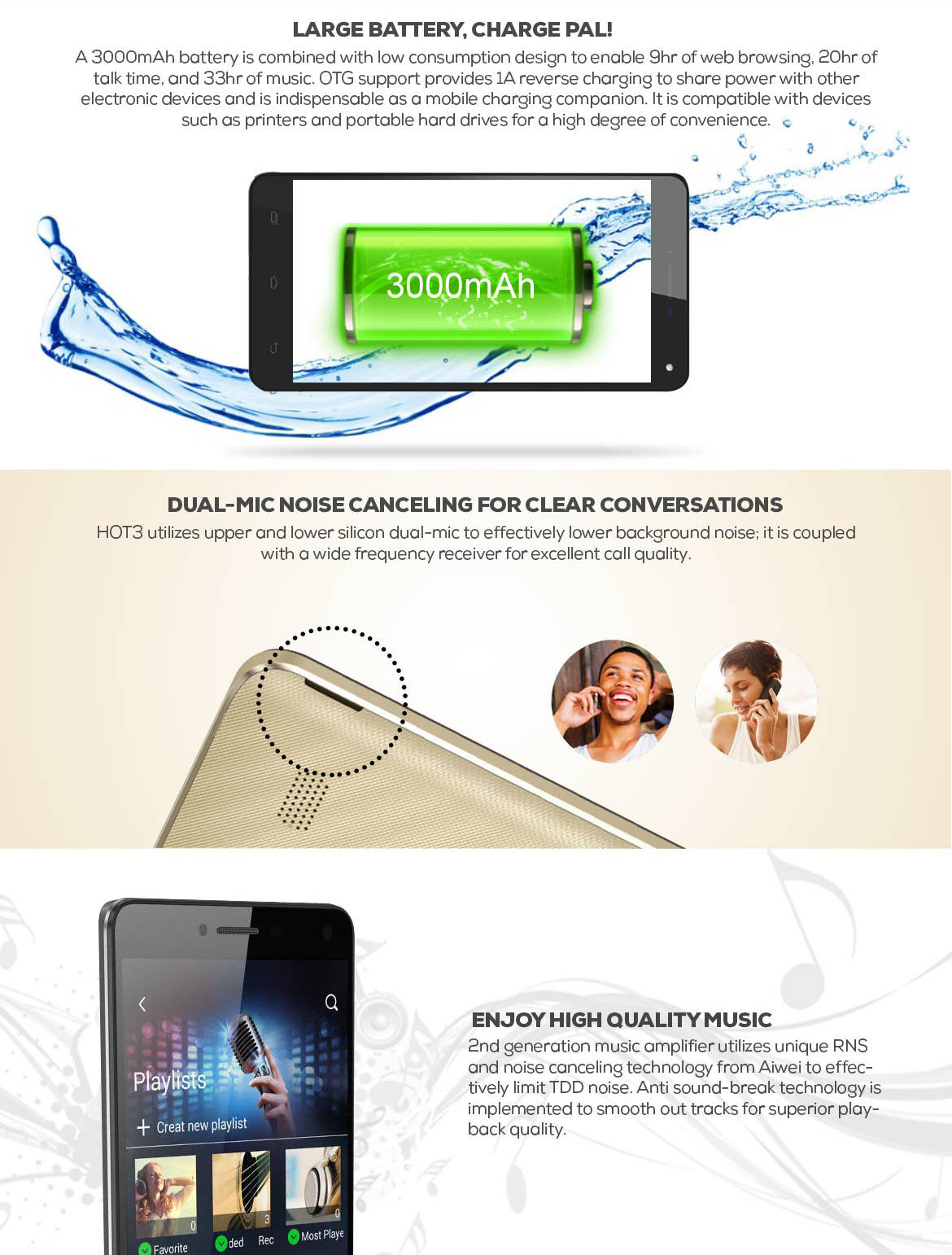 Infinix Hot 3 will come with Android Lollipop based XUI out of the box. It may not be a major upgrade over the Hot 2, but it does improve on screen size, camera quality and battery backup while keeping the same price tag.

The phone will be exclusively available on Daraz.pk starting 6PM today (April 19th, 2016).