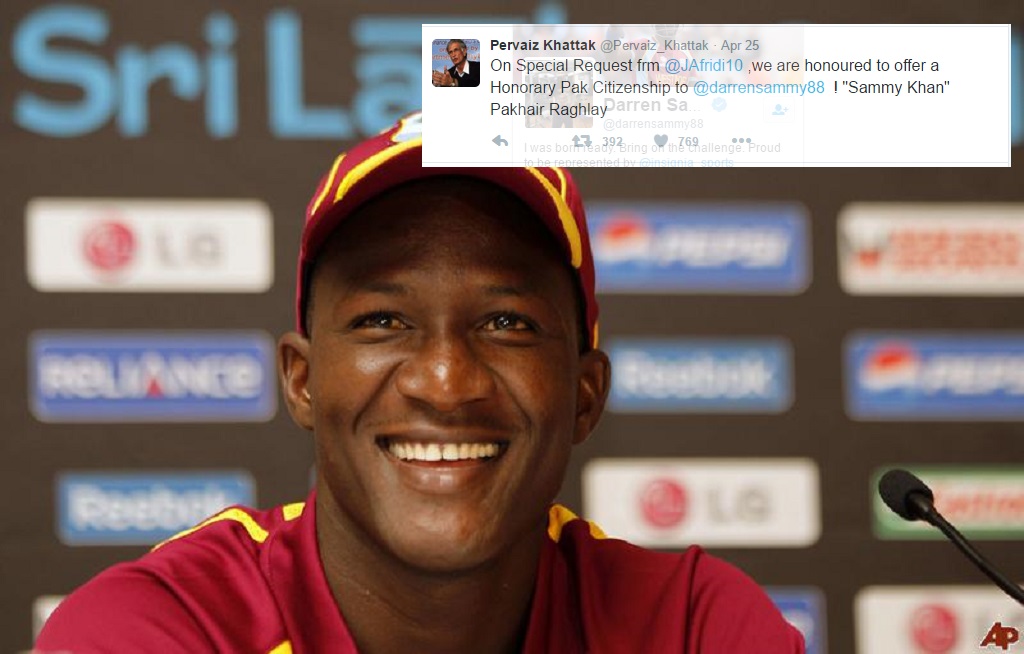 Social media became the cause of yet another controversial and amusing set of events. On April 25th, West Indies Captain, Darren Sammy was awarded Pakistani citizenship which was ‘revoked’ within one hour the initial announcement.

All of this started when the CEO of Haier, Javed Afridi, who is also the owner of PSL franchise, asked the government to offer Darren Sammy an honorary citizenship. Darren Sammy was a key player in his side and recently led his international team to World T20 victory.

Darren Sammy was quick to reply as well. He thanked Javed Afridi for teaching him Pashto and called himself a Pakhtoon Zalmi.

Minutes later, he thanked CM KPK, Pervez Khattak for the honorary Pakistani citizenship in Pashto. He seemed happy to receive such an award. 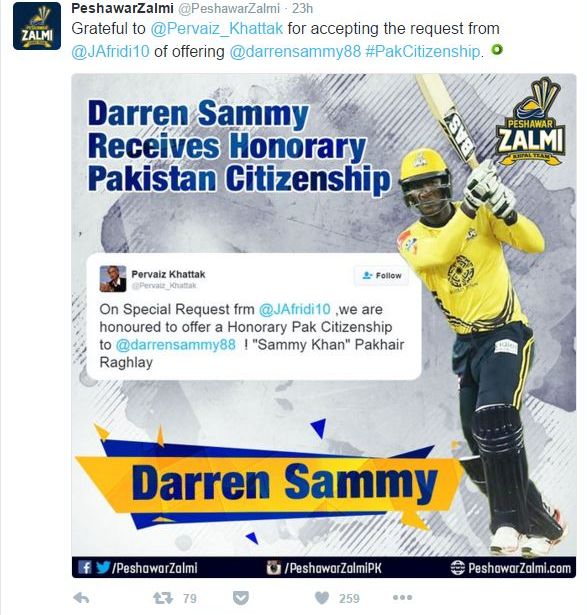 Daily Pakistan was one of the fooled media outlets. 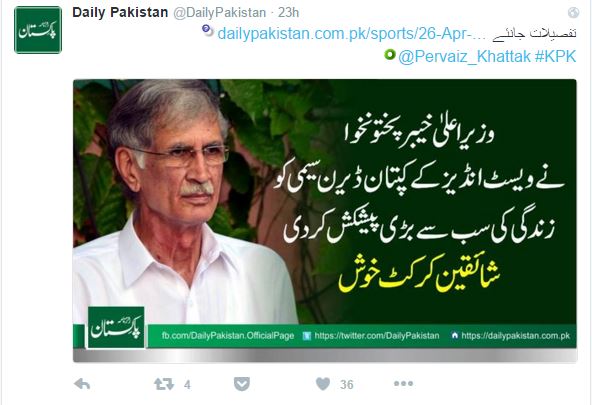 Several news channels started reporting that Darren Sammy was to receive honorary citizenship thanks to CM KPK. Breaking News were telecasted on most of the leading news channels. However, as soon as the news went viral, CM KPK’s Information Advisor cleared the air.

PTI KP tweeted that there is no such option being considered and that all rumors are false.

All Rumors & Reports are False & Baseless

Kindly avoid all the FAKE accounts of CM KP

The official statement said that even if the account had been legitimate, the CM did not have the authority to grant an honorary citizenship. The right resides with the federal government of Pakistan. If such an honor was being conferred, it would not have been through social media, the statement added.

One amusing fact to note here is that the fake account has 196K followers at the time of writing. While the real one has only 30.7K followers.