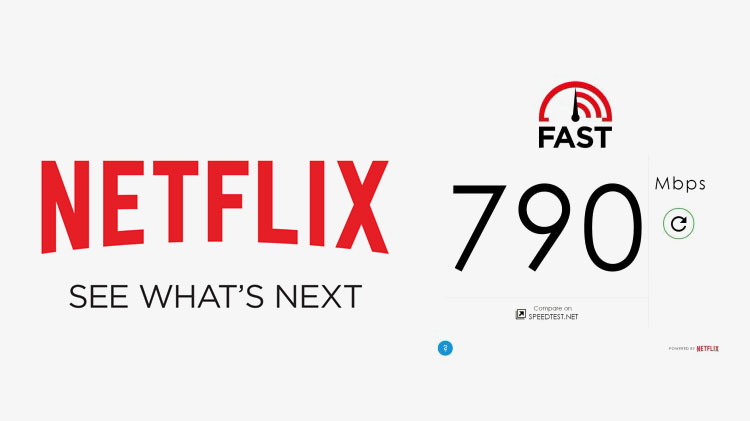 Netflix has launched Fast.com, a dedicated site for measuring the speed of an internet connection.

We know that internet services vary from country to country and even from city to city within the same country. Netflix wants its customers and internet users from all over the world to know and keep track of their internet connection’s performance, especially given its status as the world’s premier paid video streaming service.

The website is simple to use. As soon as you open the webpage, it starts the test to measure the speed of your internet connection.

Unlike other speed test sites on the web, Netflix’s site is not littered with advertisements. Another difference between Fast.com and general purpose speed test websites is that it tests downloads from Netflix’s servers. Already, Netfix maintains an ISP Speed Index, which ranks ISPs around the world based on their performance.

But Fast.com is different from this Speed Index, while the Index measures average monthly speeds of actual Netflix streams during prime time hours, Fast.com will measure a user’s personal internet connection at any time. It works on different platforms including the web, tablet, phone, or even smart TVs that have a browser.

Netflix is introducing tools for internet consumers to have greater insight about their internet service. Before the launch of fast.com, Netflix recently debuted a tool named Cellular data controls that allows you to configure how much data Netflix’s mobile app uses.

Fast.com is now live in every country, and it is free for everyone – whether you are a Netflix member or not. You can check it out at Fast.com.