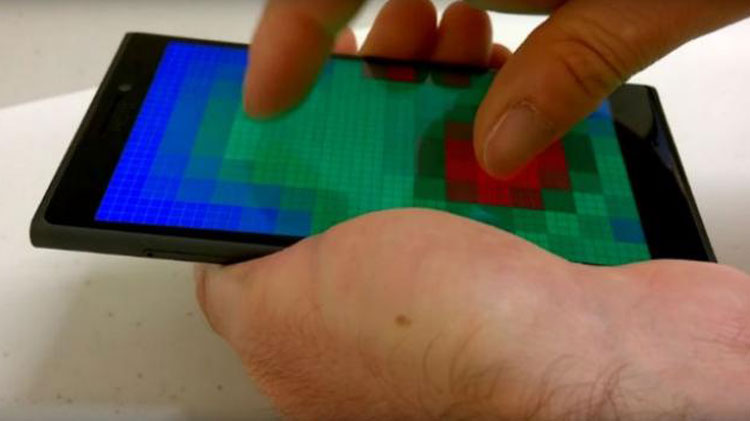 Are you bored with your phone’s touchscreen experience? You won’t be bored any longer if Microsoft’s new innovation in touchscreen technology is to be believed.

Microsoft’s Ken Hickley and his team are developing a system they call “Pre-touch sensing”. It tracks your fingers as they hover over the screen of the phone. This works like the Air view/ Air gesture feature of the Samsung smartphone.

Microsoft has made its controls more adaptive. If the phone detects one hand usage, it displays a different layout and if you are holding your phone with both hands, using your thumbs to interact, then pre-touch sensing displays a jog dial exactly where your thumbs should land on the display. You can fast-forward and rewind playback using this jog dial.

This smartphone addresses many short comings of touchscreen phones. It allows scrolling and selecting any options while your finger is 1 to 2 inches above the screen. This solves the problem of using your phone while wearing gloves, which is currently not possible on many of today’s phones, given their display tech.

This technology is still in its initial phase of its development. So its safe to predict that more advanced & incredible features will become a part of this technology as it continues to mature.

The million dollar question is – will Microsoft use it for its future products, or will it license it to other OEMs (other than Samsung and others with similar tech that is)?