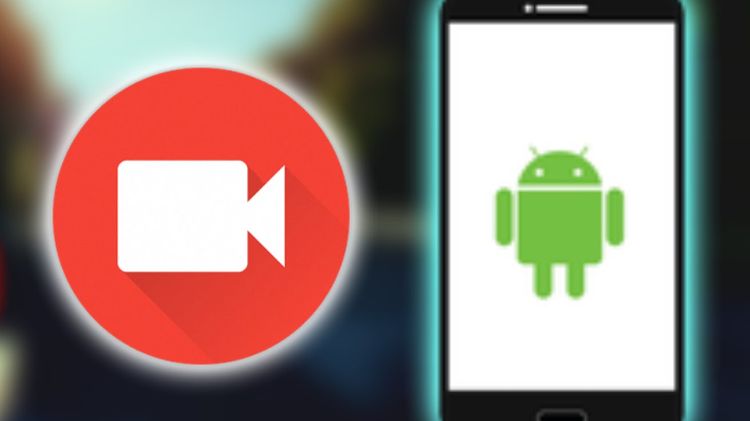 Taking screenshots and recording of displays are becoming more and more popular, especially with the YouTube generation.

Desktop users have known for ages about how to take screenshots and record their screen. Android has had a built-in screen grab feature for quite some time now, but screen recording was missing from earlier versions of Android. However ever since KitKat got the “Cast Display” option, developers got an option to record the screen by using similar protocols.

Previously, users had to attach their phones to computers to record the screen or root their phones and side-load apps. Now you won’t have to adopt that long hassle of a process.

It’s possible to do it now without a computer’s assistance by using standard Play Store apps. Scroll down to view the best free apps to record your Android smartphone’s screen. 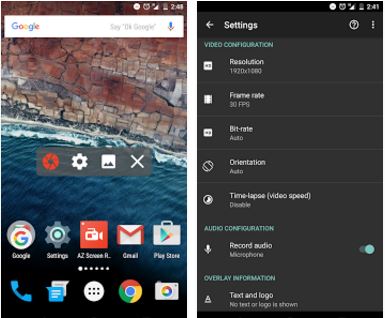 AZ Screen Recorder used to be a good app which has now turned into a great one. It is designed to work on Android Lollipop and above, but that’s about the only limitation it has. The app allows users to record videos without any time limits, watermarks or ads. That’s not something you see in most free apps.

You can download the app from the Play Store. 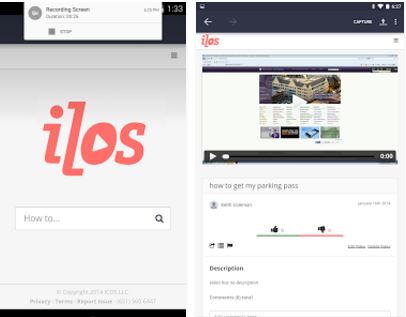 Ilos also works on Android 5.0 (Lollipop) and above only. The developers offer a basic version of the app, albeit without ads, limits or watermarks. Their app is very simple and it only does the very basic task it’s built for. However, it does record audio via the microphone.

There’s a paid version of the app too, which is made for professionals. The paid app enables users to work with the complete ilos ecosystem which includes Windows, Mac, Linux and web apps. Paid users can share videos on the ilos platform, create playlists, add users to custom groups, set video permissions and upload their videos using the computer.

All videos can be shared to popular video platforms from within the free and paid apps.

Ilos Screen Recorder can be downloaded from the Play Store here. 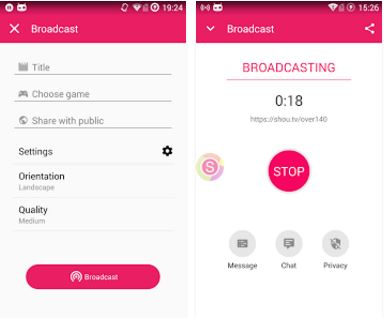 For Android gamers, Shou is the app to use. It’s been built with gamers in mind. It works on Android Lollipop and above. However, you can also use it if you have a rooted smartphone with an earlier Android OS version.

With Shou, you can watch live gaming broadcasts or broadcast your own screen. Recording is also available with a multitude of features on board. The app has come a long way since the beta stages and brought several useful features that were previously available on other apps. However, the app isn’t too complex and offers pretty simple options.

In addition to that, viewers can chat during broadcasts or with fellow players from within the app. They can follow certain players and be notified when they start broadcasting.

Shou can be downloaded here. 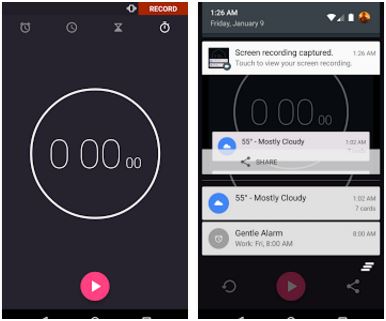 Telecine is one of the highest rated screen recording apps on the Play Store. It also requires Android 5.0 or above. It puts an overlay on the screen claiming that it doesn’t clog up any space on the display or the notifications like other similar apps. Additionally, it is open source so developers can build using this app or offer fixes and patches.

It is one of the simplest apps for screen recording, plus it offers the invisible video stop button. Its free to use and doesn’t watermark the videos.

The app can be downloaded from here or the Play Store. 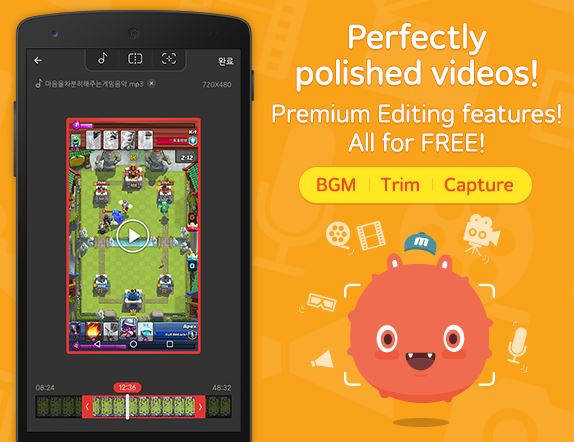 If you have Android version Kitkat or below, then Mobizen is the app for you. It’s been available for a long time, allowing users to record videos on their Android Smartphones without rooting. Unfortunately, it doesn’t offer many additional recording features that are found in other recording apps. However, it is completely free for use.

You have to make do with a (Picture in Picture) front camera addition, multiple resolution selection and some data limit options. Additionally, Mobizen allows you to send messages from your PC, transfer files or stream your camera videos to your computer screen.

Mobizen is available for download here. They also have a dedicated version for Samsung available here.

Did we miss any app? Which one do you use to record your Android device’s screen and why? Let us know below.