Government of Pakistan has allocated a total of Rs. 938.02 Million from Public Sector Development Programe 2016-17 for new and ongoing telecom and IT projects, official documents available with ProPakistani revealed.

Rs. 834.02 million will be spent on various on-going projects while Rs. 90 million is allocated for three new projects to be started during 2016-17.

In addition to PSDP’s Rs. 938 million, another Rs. 171 million will be availed through foreign aid and hence total allocation for IT and Telecom project would stand at Rs. 1.10 Billion.

It must be noted that total fund for public sector development programme for 2016-17 is around Rs. 800 billion, out of which less than Rs. 1 billion is allocated for It and Telecom projects.

It must be noted that IT and Telecom ministry comes under Transport and Communication head, for which a total of Rs. 260 billion were allocation. Needless to say, 99% of this fund will go to roads.

It merits mentioning here that MoIT had proposed Rs. 2.45 billion worth for IT and Telecom projects from PSDP. Out of which less than a billion was finally approved.

Rs260 billion have been earmarked for transport & communication@betterpakistan #PSDP2016_17 #VISION2025ForBetterPakistan

In addition to these PSDP funds, Rs. 2.43 billion worth of telecom projects for Balochistan and FATA were announced for 2016-17, while Rs 9.52 billion will be spent on already running USF projects during next year.

Not to be mentioned, these projects come under USF and federal government doesn’t pay a penny for these telecom and IT projects. Still Finance Minsiter — like always — announced them in the budget speech.

Details of IT and Telecom Projects 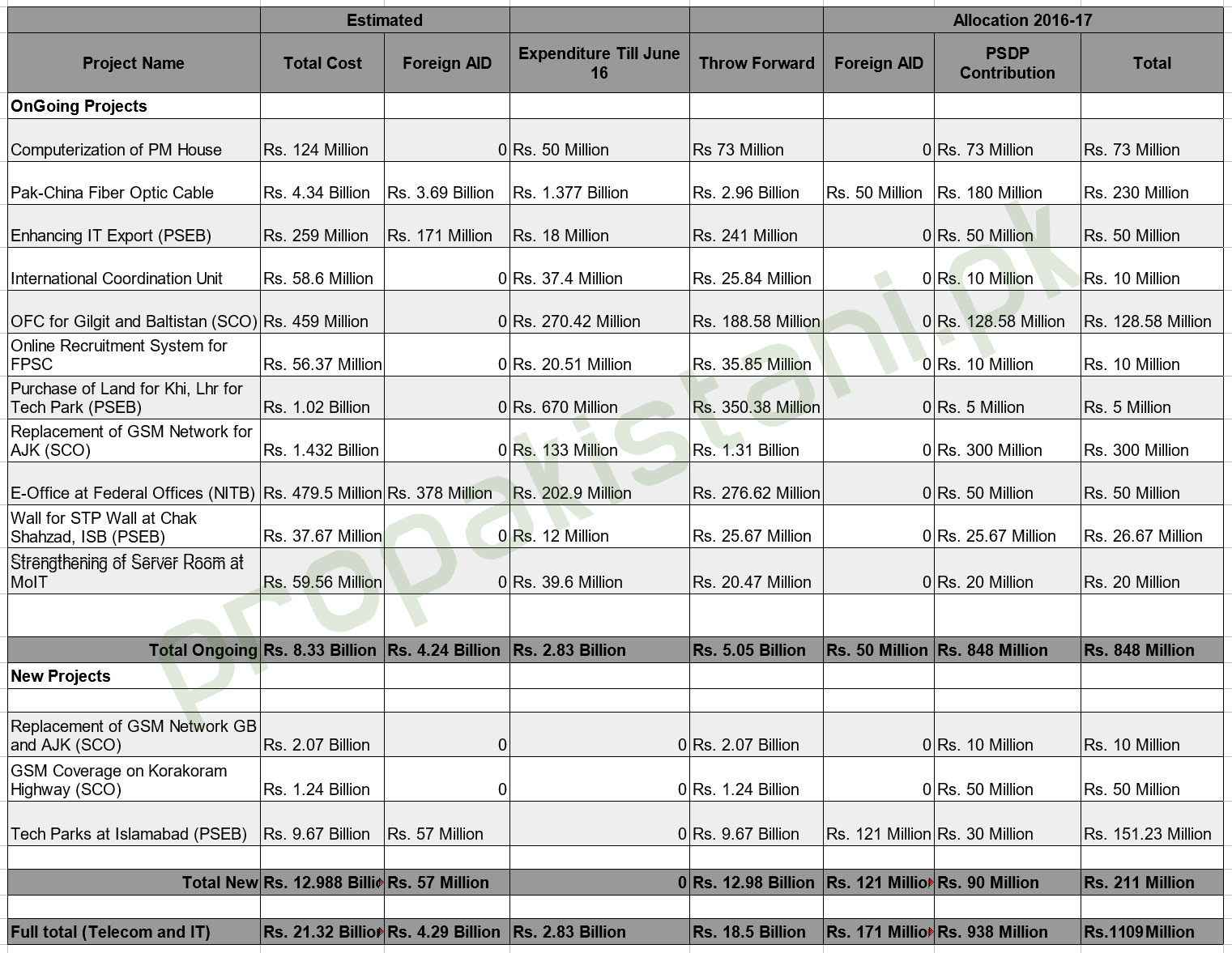