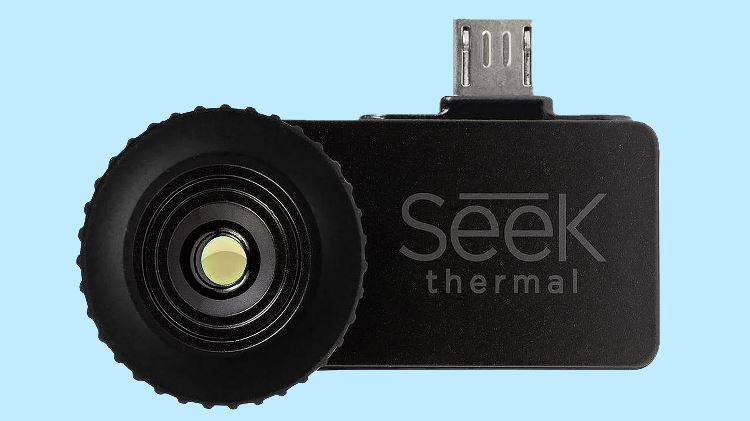 If you are following this space for a while, you may remember us discussing the Cat S60, the world’s first smartphone with a thermal imaging (also called heat vision) camera. If you happen to be a fan of the technology, from now on you won’t even need an additional smartphone for thermal imaging purposes.

A new attachable thermal camera accessory comes courtesy of Seek Thermal and it’s called the CompactPRO. The CompactPRO can work with both the iPhone and Android and can measure temperature between the levels of -40F and a massive 626F. 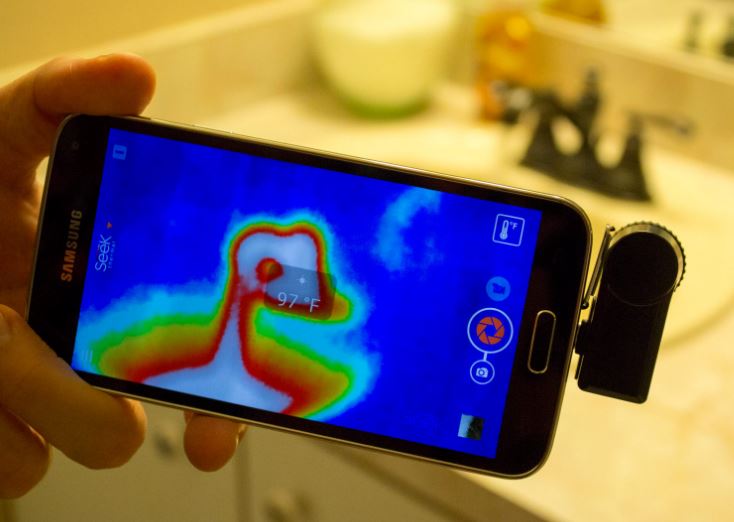 It has a 320 x 240 sensor and a 32-degree field of view with adjustable focal lens. It can detect objects as far as 1800 feet and can form a 76800 pixel image which can be analyzed with further detail later on. It can detect temperature changes that as small as 70mK with heat vision.

Aesthetics-wise, it weighs half an ounce and is easy and fast to setup. With support for both iOS and Android, it can be shared and accessed by virtually everyone. It additionally comes with a waterproof case for protection while not being used.

The CompactPRO can be had for $499 (Rs. 52,000 approx.), much cheaper than other traditional products known to industry.

The camera is clearly targeted towards construction and large industries, where similar devices are expensive and difficult to carry. Seek Thermal hopes through the CompactPRO, it will become highly easy to measure temperature levels and diagnose problems early.

For the price at which it can be had, if not the most sophisticated the CompactPRO is at least something which most companies can probably afford quite easily.