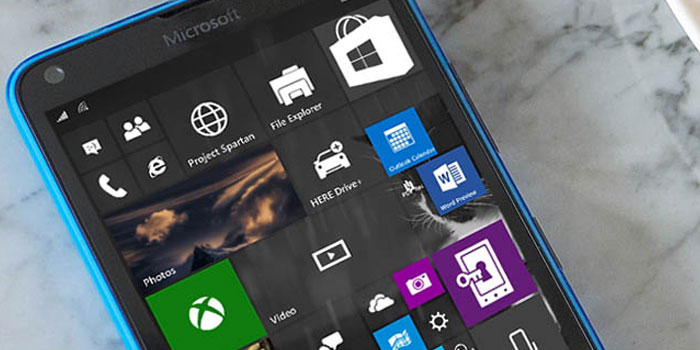 After losing out to iOS and Android in the consumer market, Microsoft is trying its hand to cater to the same market which BlackBerry is targeting: enterprises. The company’s Corporate VP for Windows, Kevin Gallo confirmed the shift during its Build Tour.

Microsoft once again iterated that its confidence on Windows 10 Mobile was not shaken. “Windows Phone is fully supported,” Gallo said.

“We’re fully behind it. We’re not abandoning the phone.”

Furthermore, he hinted at a Surface-type strategy to follow in the future, where Microsoft will start off by making respectable hardware to trigger demand for a chain of more devices.

We’re really aligned to what we’ve done on the Windows desktop,” Gallo said, “which is we’ll lead with some high end and category innovation like we’ve done with Surface, and OEMs will go and build the breadth of the catalog.”

We don’t really know whether a Surface phone is coming officially, or whether the phone in question will follow the existing Lumia line.

However, the Corporate VP of Windows did make sure that the focus would be catered more towards the enterprise sector, traditionally Microsoft’s specialty, rather than the old Nokia method of releasing a plethora of low-end Windows devices.

At this point, Windows 10 Mobile is clearly in free-fall and Microsoft’s only hopes seem to lie with the business market. It hopes to get some chance of success with its UWP initiative, however, with lack of apps it could be too much to ask users to allow the ecosystem to grow.