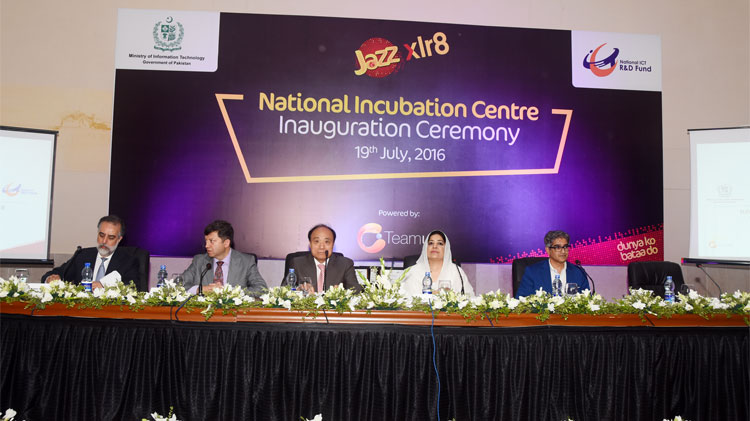 Government of Pakistan and Pakistan Software Export Board are aiming to cross $6 billion in IT exports by 2020, said Anusha Rehman Khan, State Minister of IT and Telecom, while addressing the inaugural ceremony of Jazz’s National Incubation Center in Islamabad.

Minister said that goal of $6 billion in IT exports and IT enabled services will be achieved by registering new companies and getting their financials documented and by creating new opportunities for entrepreneurs and companies to develop new products and services for export purposes.

Minister said that PSEB increased the documented IT exports by 49% since 2013, just by reorganizing the processes, i.e. by registering more companies and including their numbers in national IT export bill.

Anusha said that at the time of joining her the office in 2013, there were some 300 companies registered with PSEB, the number has now grown to 1,100 with-in just two years.

She said that PSEB is formulating ways to make it easier for companies and entrepreneurs to get themselves registered with PSEB.

Anusha said that this new Incubation Center, that’s going to be jointly operated by Jazz and “Team Up“, is an effort to enhance the ecosystem in the country.

“We want our students and youth to create job opportunities instead of searching for jobs”, commented the Minister.

Jazz’s National Incubation Center, that will operate with $5.4 million fund for five years, will start incubating startups in three months from today.

The funds were granted by ICT R&D company to “Team Up” after a rigorous selection process.

Facility is housed at NITB in Islamabad and will offer co-working space, mentoring as well as funding for startups.