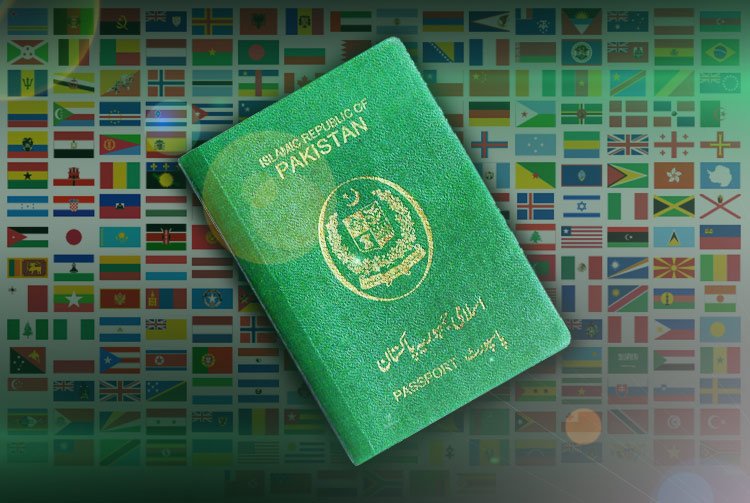 Getting a visa for a country you are about to visit is always troublesome and always carries a risk of rejection with it.

A lot of visa requests are often rejected following terrorist attacks and similar incidents. But things are dire if you happen to possess a Pakistani passport.

Ever wondered how Pakistan’s passport ranks compared with other country’s passports in terms of allowing free entry into other countries? Here’s where the annual Passport Index rankings come in.

The Passport Index ranks each country’s passports according to two major criteria:

Burundi (ranked highest) for example allows visa free entry to 198 countries, while Afghanistan (ranked lowest) does not let anyone enter their country without a visa.

According to the passport index, the most valuable passports in terms of getting you visa free entry into other countries, are ranked below:

The countries mentioned together are tied for the same rank.

The 3 lowest ranking international passports are (with number 1 as the lowest):

These are ranked the lowest as these passports allow you visa free entry into the least amount of countries.

How Does the Pakistani Passport Compares with Other Countries?

In terms of getting into other countries, Pakistan ranks the closest with Afghanistan (98), Iraq (96) and Somalia (95)

Compared with neighboring countries, China and India’s passports are ranked at 78 and Iran’s passport is ranked at 93.

It is a sad state of affairs to see the Pakistani passport ranked so low. Those at the helm of affairs should also take note, but seeing how their elevated diplomatic status allows them to travel anywhere, we don’t reckon that the people’s representatives are all too keen on putting Pakistan on the world map in a positive way.

The reasons for the low value assigned to the Pakistani passport are multiple, with various social, political, cultural and geopolitical factors resulting in a cumulative negative ranking being metted to the document that we need to use for crossing from one country to another. Sadly, this state of affairs is bound to continue.